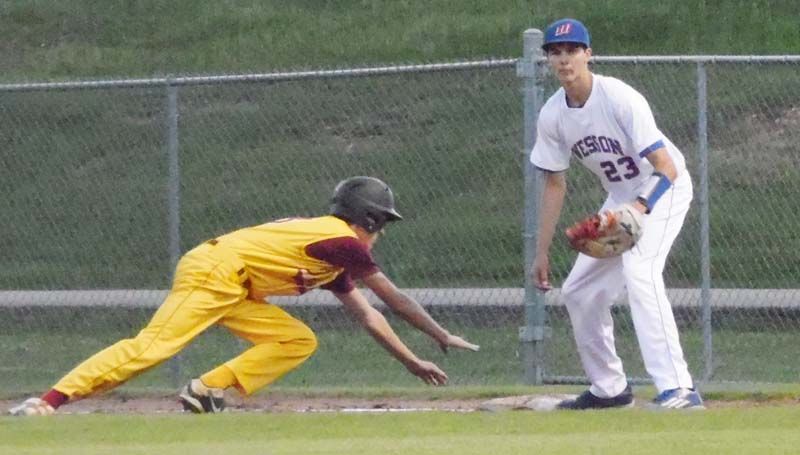 WESSON – The Wesson Cobras fell to the Perry Central Bulldogs 7-4 Friday night in the opening round of the Class 3A state baseball playoffs.

“This was a tough loss for my guys,” said Wesson coach Seth Lofton. “We struggled to get things going offensively at the start, but we did a good fighting to stay in the game.”

The Cobras traveled to Perry Central Saturday to battle the Bulldogs in the second game. Wesson defeated Perry Central 11-3 to force a deciding Game Three Monday at home at 7 p.m.

The Bulldogs got the jump on the Cobras early in the second inning to secure a 1-0 lead. Perry Central would score two more runs in the fourth inning to extend its lead to 3-0.

Wesson fought back in the bottom of the fourth inning, plating one run to cut into the lead at 3-1, but Perry Central would tack on four more runs in the top of the fifth to secure a 7-1 advantage.

In the bottom of the sixth, the Cobras pushed across three runs to cut down Perry Central’s lead at 7-4, but it wasn’t enough as the Bulldogs held on for the win in the seventh inning.

Jeremy Smith suffered the setback on the mound for the Cobras with five strikeouts and four walks. Preston Middleton took over in the fifth inning and closed out the game with two strikeouts and three walks.

Jeremy Smith was the top hitter for Wesson with a double. Hitting safely were Max Daughdrill, Payton Selman (two RBIs) and Will Hulon (RBI).

The Bulldogs controlled the scoreboard as Hayden Cooley led the charge with a homerun and single. Kevin Lindsey contributed two singles. Dustin Lloyd had a double and Jason Cowart hit a single.

Perry Central took advantage of several throwing errors by the Cobras to move around the bases and put points on the board.

Dustin Lloyd pitched the win for the Bulldogs with six strikeouts and four walks.