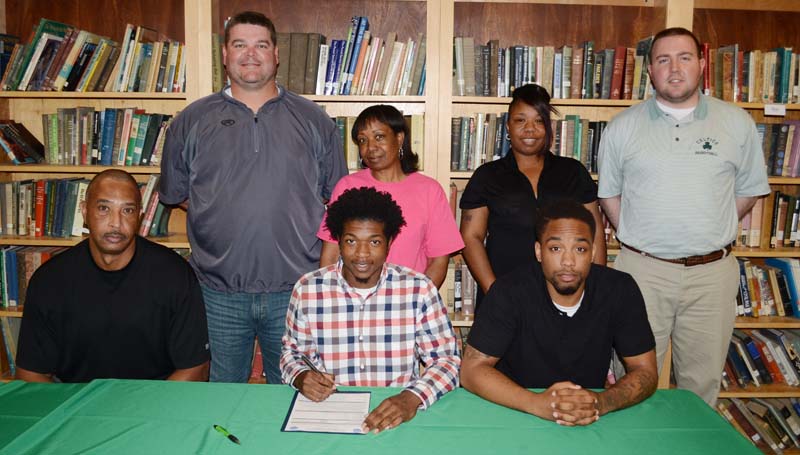 “I’m excited to have the opportunity to play basketball at Southern Union,” said London. “I really like the coaches and campus there.”

London said he wants to pursue a career in physical therapy.

“Keshaun London did a great job this year for us,” said West Lincoln coach Lane Young. “He’s a good defender, he can handle the ball and score really well. We are proud that Keshaun is moving on to the next level and we are looking forward to see him help Southern Union be successful next year.”

London will have his older brother, Tamarcus London, joining him on the court for the Bison next season.

“Southern Union has given me a great opportunity to get back on the basketball court,” said Tamarcus London. “I’m excited about the opportunity and thrilled to have a chance to play with my little brother once again. We are both expecting great things next season. We will definitely push each other to perform well in the classroom and on the basketball court to reach our goals.”

Tamarcus London is currently enrolled at Copiah-Lincoln Community College as a student. He plans to continue his art major in Alabama.

“Tamarcus London has been at Co-Lin as a student but wants to move on and play basketball with his brother at Southern Union,” said Young. “Tamarcus played one year at West Lincoln and was instrumental in our success. I’m glad to see him and Keshaun being able to play together again.”