BC roars past Sebastopol 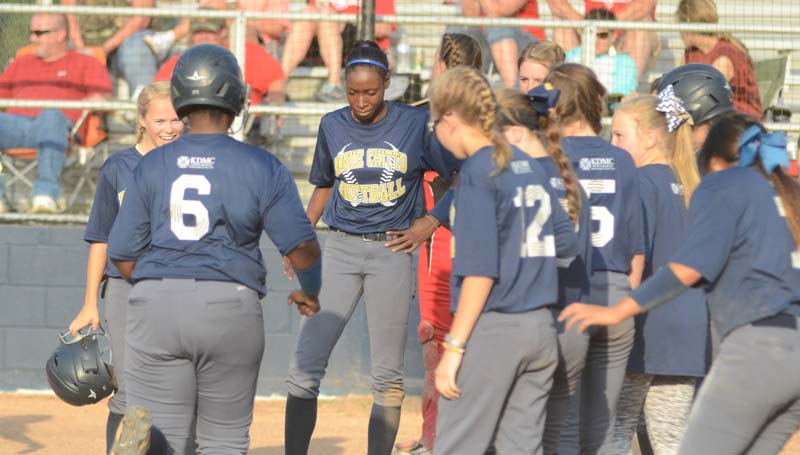 Daily Leader / Marty Albright / Bogue Chitto’s Christian Black (6) is greeted at home plate by her teammates after hitting a two-run homerun in the fifth inning against Sebastopol Thursday night.

BOGUE CHITTO – The Bogue Chitto Lady Cats dominated the Sebastopol Lady Bobcats to claim a 7-0 victory Thursday night in the Class 1A state playoffs. With the sweep, BC advances to the quarterfinals.

“This was a good win,” said BC coach Scott Leggett. “The girls played really well defensively. Codi Leggett pitched a great game. Offensively, we did not hit the ball like we should, but we won and that is what matters.”

The Lady Cats (21-6) will travel to play the Nanih Waiya Warriors Monday at 5 p.m., then return home to host the Lady Warriors for the second and third game, if needed, at 5 p.m.

After a scoreless first inning, Bogue Chitto took control of the game, plating one run each in the second, third and fourth innings before exploding with a four-run surge in the fifth inning to secure a 7-0 advantage. 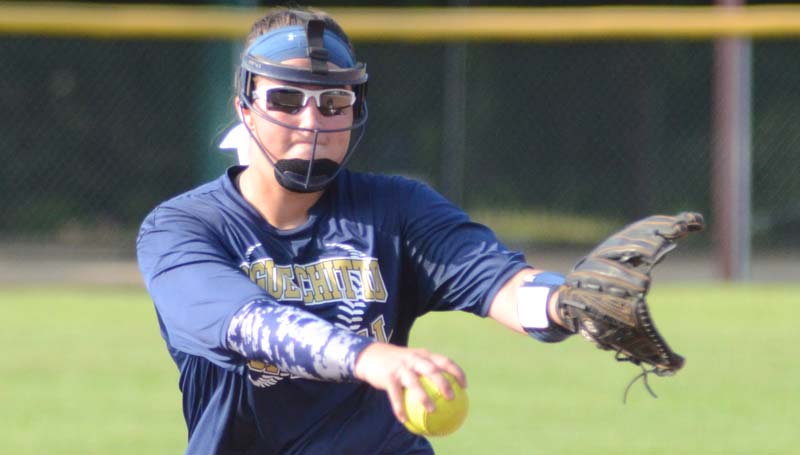 Codi Leggett was the winning pitcher for BC with six strikeouts and no walks.

Savannah McDill suffered the loss for Sebastopol with no strikeouts and no walks.

Black powered BC’s offense with a homerun. Zariah Matthews contributed a triple and a double. Reagan Kirkland and Julianna Frazier provided a double and a single each. Cherie Savoie had two singles. Codi Leggett ripped a double and Terrah Nelson hit a single.

Alexis Billings was the top hitter for Sebastopol with a double. Haven Moorehead, Sarah Jones and Savannah McDill had a single each.