Teen charged with shooting girl in the buttocks

One individual has been arrested for shooting a minor in the buttocks on Friday.

The Brookhaven Police Department responded to a call of a discharging firearm at 10:14 p.m. Friday on Cedar Street.

Police Chief Bobby Bell said Dominique D. Glasper, 17, of 144 Cedar St., shot his ex-girlfriend in the buttocks after a dispute. Glasper shot the girl because he was worried about her dating another boy, Bell said.

The girl was transported to the University of Mississippi Medical Center in Jackson, Bell said.

Glasper was arrested for aggravated assault by the BPD.

Bell said he encourages parents to be aware of what their children are doing, and for students to take incidents like this seriously. Too many children are getting their hands on guns, he said.

“The incident that took place with this young lady is serious,” Bell said. “Guns are dangerous and they are killing people everyday.”

If a parent or student hears of an altercation that could potentially take place, they should contact the authorities, Bell said. The BPD would like to prevent future incidents like this one from happening, he said.

The incident is still under investigation, Bell said. 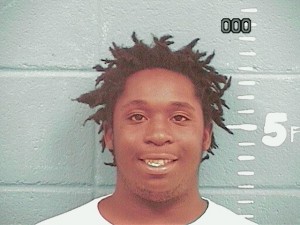 Celebrating a century of life

Photo by Aaron Paden/ Richard Thomas Huxtable sits beside a display with photos, a key to the city and a... read more