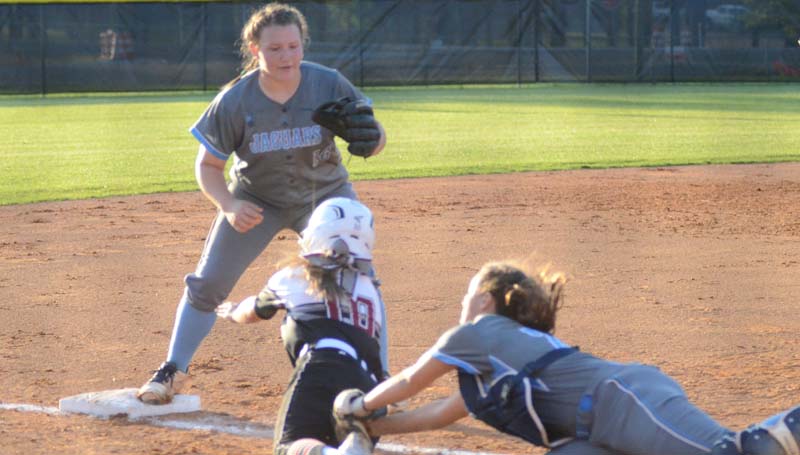 Daily Leader / Marty Albright / Lawrence County’s Julianna Frazier (10) gets caught in a rundown along the third base line as North Pike catcher Madison Bates (right) dives to make the out while Madison Bigner looks on.

SUMMIT – The Lawrence County Lady Cougars fell to the North Pike Lady Jaguars 6-3 Tuesday night in the opening game of the quarterfinal round in the Class 4A playoff series.

Errors in the fourth inning were the difference of the game,” said LCHS coach Meleah Howard. “Offensively, we hit the ball really well, but defensively we did not make the routine plays behind Jordan Harp.”

The Lady Cougars (22-8) are looking to rebound quickly when they host the Lady Jaguars (21-6) today for the second game at 5:30 p.m. The third game, if needed, will follow.

Lawrence County and North Pike renewed their old softball rivalry with both teams battling in a scoreless contest in the first two innings. 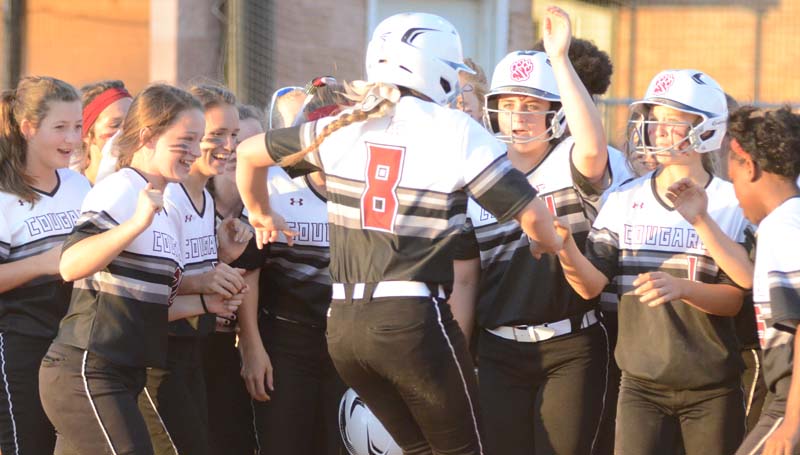 Daily Leader / Marty Albright / Lawrence County’s Sydney Pevey (8) is greeted at home plate by her teammates after hitting a two-run homerun in the fifth inning against North Pike.

The Lady Cougars punched in the first run of the game in the third inning on a RBI single by Josie Nations that scored Callie Fortenberry.

In the bottom of the fourth, the Lady Jaguars got their offense going and took advantage of a few Lawrence County errors to score six runs and take a commanding 6-1 lead.

Lawrence County committed six errors in the game, while North Pike had two.

In the top of the fifth, the Lady Cougars quickly rebounded and cut into the Lady Jaguars’ lead at 6-3 with a two-run homerun by Sydney Pevey.

Lawrence County threatened to make a comeback in the sixth and seventh innings, but North Pike’s defense held strong.

“Glad to get the win,” said North Pike coach Sonya Wallace. “The girls played hard and made the adjustments they needed to help us collect this win. Overall, I was very pleased with their efforts, but we need to stay focused and prepare for another tough game in Monticello.”

Madison Bigner was the winning pitcher for the Lady Jaguars with three strikeouts and no walks.

Jordan Harp suffered the setback on the rubber for the Lady Cougars with five strikeouts and one walk.

Jenna Brock was the top hitter at the plate for North Pike with a double and a single. Sarah Brock provided two singles. Linley Smith, Jami Spears and Whitley Howell finished with a single each. 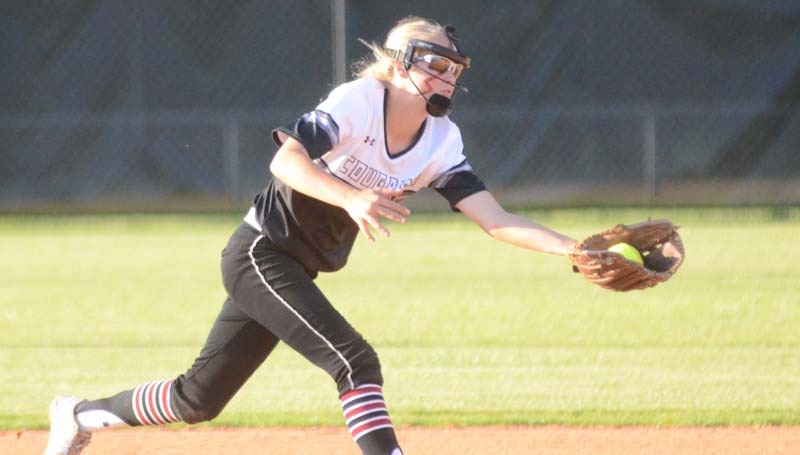