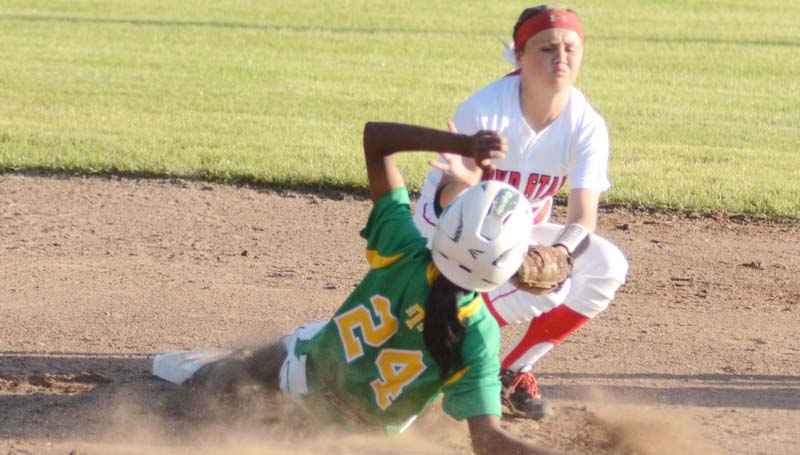 The Loyd Star Lady Hornets saw their season come to an end Saturday, falling to the Taylorsville Lady Tartars 2-1 in the second game of the Class 2A South State Championship.

The Lady Tartars escaped Jan Smith Delaughter Field Friday night with a 3-1 victory in the first game of the best-of-three series.

“We did not come ready to play,” said Loyd Star coach Jan Delaughter. “Defensively we were strong, but offensively we did not hit the ball like we should have, when we needed it. We just could not take the pressure.”

The Lady Hornets finished the season with a 23-9 record overall.

The Lady Tartars scored the first run of the contest to take a 1-0 lead in the first inning.

The score remained the same until the bottom of the third, when Loyd Star’s Julie Smith hit a triple to begin the inning. A bunt scored Smith to tie the game at 1-1.

The Lady Hornets threatened to add more runs when they loaded the bases, but the Lady Tartars managed to get out of the inning without further damage.

In the fifth, Taylorsville reclaimed the lead with a two-RBI double by Anna Kennedy to secure a 3-1 advantage and held on to collect the win.

“I am extremely proud of my girls’ effort,” said Taylorsville coach Mason Grissom. “Loyd Star has a good, well-coached team and they are tough to beat.”

Lauren Stringer was the winning pitcher for the Lady Tartars with seven strikeouts and one walk.

Makenzie Smith absorbed the setback on the rubber for the Lady Hornets with six strikeouts and no walks.

Julie Smith was the offensive leader for the Lady Hornets with a triple. Meagan Poole provided a single.

Kaylie Delapaz powered the Lady Tartars with two singles. Anna Kennedy and Emily Vowell contributed a double each. Miracle Crosby had a single.