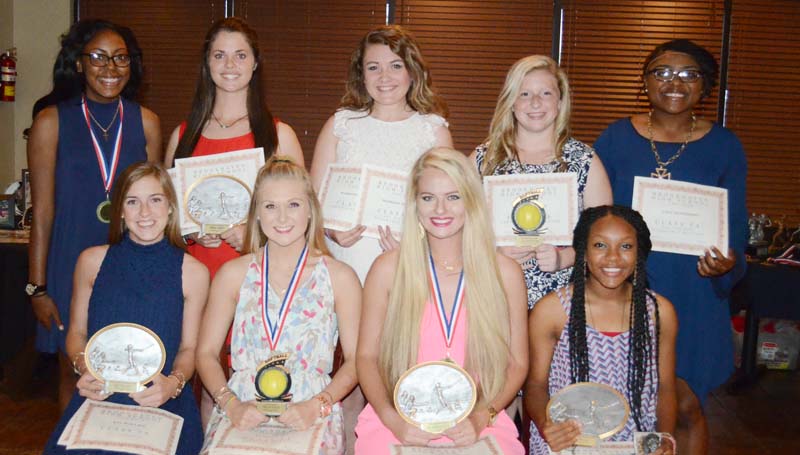 Coach Mandy Vinson welcomed the crowd to the banquet, which was held at Mitchell’s.

“I would like to thank the parents, the booster club, the administration, athletic director Tommy Clopton and everyone else that help make this season a success,” said Vinson. “We had a great season overall. The girls fought hard all season and never gave up. It was an exciting year. I am extremely proud of the girls and their effort they gave.”

Vinson’s team finished the season as the Region 6-5A champs and advanced to the state playoffs. After receiving a bye in the opening round, the Lady Panthers defeated South Jones in the second round, before falling to West Harrison in the third round. Brookhaven finished the year with 22-8 record overall and had a 2-0 record in Region 6-5A.

Each athlete received a new batting helmet with their number on it. Seniors Haley Speaks and Katherine Shell received a special thank you bag of gifts.

Booster Club president Matt Shell came to the podium and thanked the coaches, the parents and coaches’ husbands for their work hard and dedication.

The Booster Club provided a special thank you gift for the coaches. The team also showed their thanks to the coaches with a special gift.