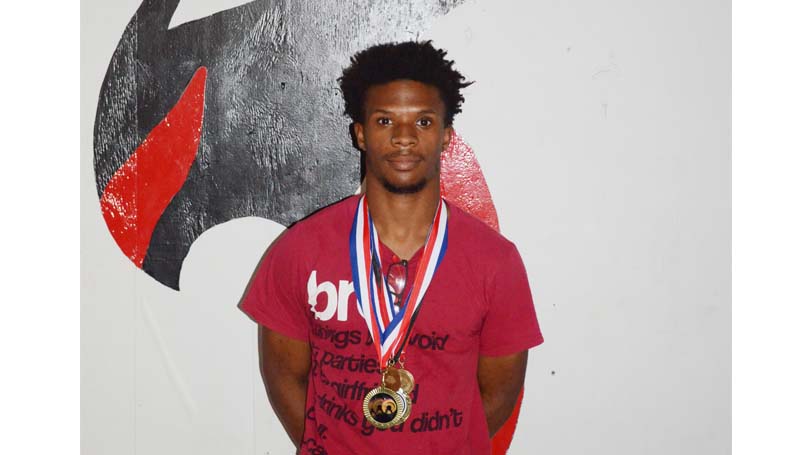 Loyd Star senior Sidney Terril Lloyd Jr. captured gold for the second year in a row in the 123-pound division of the Class 2A State Powerlift meet in Jackson.

“I was extremely excited about winning gold in the state powerlift meet for the second year in a row,” said Lloyd. “I would like to thank the coaches, team and families for supporting this season.”

“We had a great season overall in our second year of competing,” said Cook. “We had three players to make it to state. Terrance Fields captured fifth in the 275-weight class and Bishop Teekel was sixth in the 132-weight class.”

“Overall, I am very proud of Terril’s accomplishments and winning gold for the second straight year in his 123-weight class,” said Cook. “He has worked hard this season and deserves of the credit. He is the strongest powerlifter in his class and in the entire state.”

While competing for his second gold medal in Jackson, Lloyd finished first with a total of 1,020 total pounds. He had two personal bests in squat with 420 pounds, which is a record, and deadlift with 415 pounds. His bench was 185 pounds.

Lloyd holds records in squat, deadlift and bench in the 123-pound class in Region 4-2A and in south state. He was also selected on the Super 12 All-State powerlift first team.