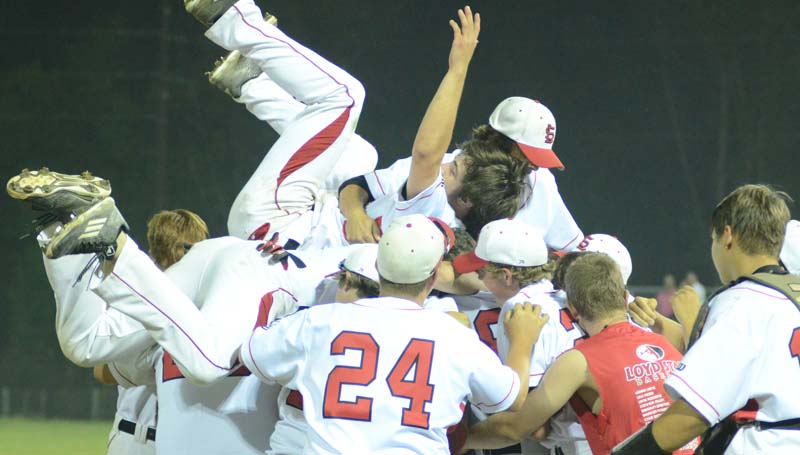 Daily Leader / Marty Albright / The Hornets celebrate their win with a team dog pile after sweeping the Bruins in two games Friday night.

After 36 years, the Loyd Star Hornets will return to the Promised Land and play for a state championship. Loyd Star knocked off the Madison St. Joe Bruins 7-3 Friday night to complete the two-game sweep and win the South State championship at Smith Field.

“This was a great and exciting victory for us,” said Loyd Star coach Jared Britt. “Cade Hodges competed his tail off on the mound for us even through he did not have his best stuff. We swung the bats really well offensively to give him some run support. Overall, I’m extremely proud of my guys for their effort they brought day in and day out. We can enjoy this victory for the weekend, but come Monday it is back to square one for us as prepare for East Union.”

The Hornets (25-8) will battle the North State champions, East Union Urchins, in a best-of-three series for the Class 2A state championship at Trustmark Park.

The Hornets jumped on the Bruins in the first inning to claim a 1-0 lead, but Madison St. Joe bounced back with a three-run attack in the top of the second to take a 3-1 lead. 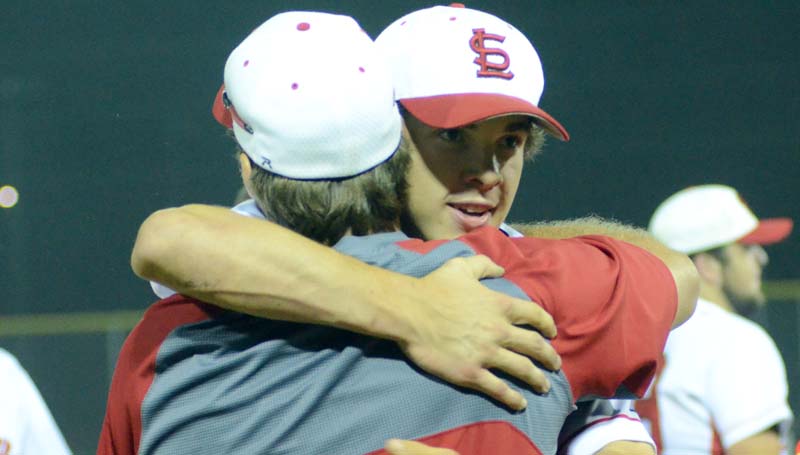 In the bottom of the second, Loyd Star responded with a three-run surge of their own to reclaim the lead at 4-3.

The offensive spark continued in the third inning when Lamar Lang hit a solo homerun to increase the Loyd Star lead to 5-3. Loyd Star scored one run in the fourth and one more run in the fifth to secure a 7-3 advantage and held on for the victory.

Cade Hodges was the winning pitcher for the Hornets with three strikeouts and two walks.

Bradley Reynolds suffered the loss for the Bruins with one strikeout and five walks in four innings of work. Jack Garrard (6K, 1BB) pitched the final three innings in relief.

Lamar Lang provided the offensive spark to lead the Hornet at the plate with a homerun. Konner Allen fueled the flames with a double and two singles. Parker Flowers contributed a double. Levi Redd, Bradyn Brister and James Beard finished with a single each.

Russell Patterson was the leader on offense for the Bruins with a homerun. Michael Buck and Cole Welch provided a double each. Jon Dale Dieckman had a single.

The Hornets defeated the Bruins 9-5 in Madison Thursday. 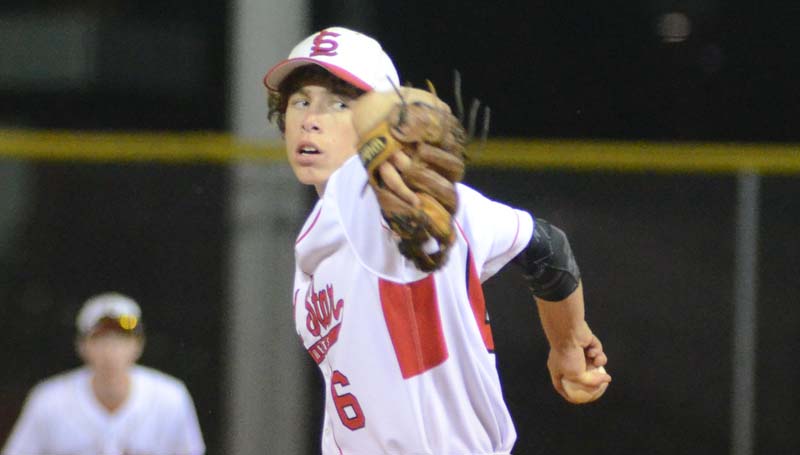