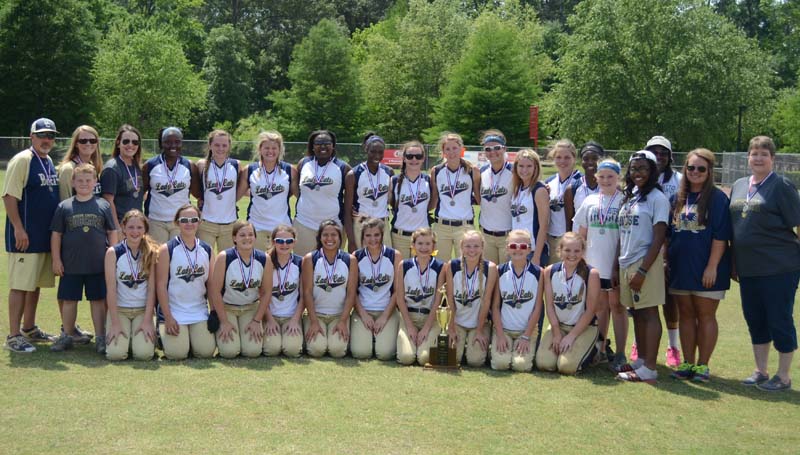 RIDGELAND – Bogue Chitto’s dream season came to a heartbreaking end Saturday with the Smithville Lady Seminoles stealing a 6-4, game-three victory to claim the 1A softball title.

“We were just inches away from the win,” BC coach Scott Leggett said. “The girls fought hard throughout out the whole game and we made a great comeback in the seventh inning to tie the game.

“Offensively, we struggled to get things going and did not help ourselves when we had runners on base earlier in the game,” said Leggett. “Overall, I am very proud of the girls. We had a great season and there is nothing to be ashamed about.”

The Lady Cats finished the season with a 26-8 record overall.

The Lady Cats and the Lady Seminoles battled in a scoreless contest until the fifth inning, when Smithville shortstop Angel Guyton hit a solo homerun to give her team a 1-0 lead. 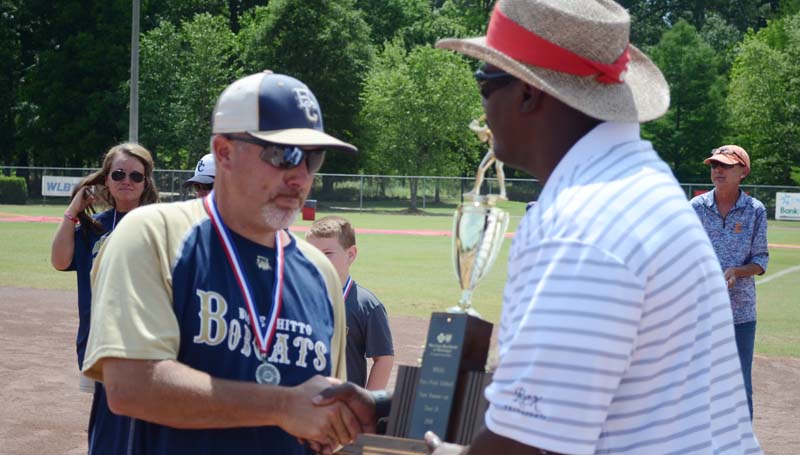 The Lady Seminoles scored two more runs in the top of the sixth inning and added one in the seventh to increase their lead to 4-0.

In the bottom of the seventh, the Lady Cats roared back with a four-run surge to tie the game. They were led by Cherie Savoie’s RBI single, Codi Leggett’s two-RBI single and Christian Black’s RBI single.

In the eighth inning, Smithville started with a runner (Priscilla Keebler) on second base. Olivia Robert hit a RBI single to give the Lady Seminoles a 5-4 lead. They later added another run and held on for the win.

Morgan Barrett was the winning pitcher for the Lady Seminoles with five strikeouts, one walk and two intentional walks.

Christian Black suffered the setback on the rubber for the Lady Cats with six strikeouts, four walks and one hit by pitch.

Codi Leggett was the offensive leader at the plate for BC with a double and a single. Cherie Savoie provided two singles. Karly Leake had a double. Hitting safely were Christian Black, Reagan Kirkland and Julianna Frazier.

Angel Guyton paced the Seminoles with a homerun and a single. Barrett contributed a double and single. Roberts provided two singles. Hailey Hughey and Priscilla Keebler hit a single each.

In Friday’s contest, the Lady Seminoles defeated the Lady Cats 7-0 in the second game to even the series. Bogue Chitto beat Smithville 10-7 Thursday.

The Lady Seminoles jumped on the Lady Cats in the first inning to claim an early 5-0 lead. Smithville added two runs to increase their lead to 7-0 in the seventh.

“We did not play well today,” said Leggett. “We weren’t disciplined at the plate. If we could take the first inning, we could have made a comeback but it is over and done.”

Barrett pitched the win for the Lady Seminoles with one strikeout and one walk.

Christian Black (2K, 0BB) absorbed the setback for BC with one strikeout and four walks. Codi Leggett also pitched for the Lady Cats in relief.

Katie Beth Williams powered Smithville at the plate with a homerun and single. Angel Guyton contributed three singles. Callie Williams ripped a double. Katie King and Hailey Hughey had a single each.