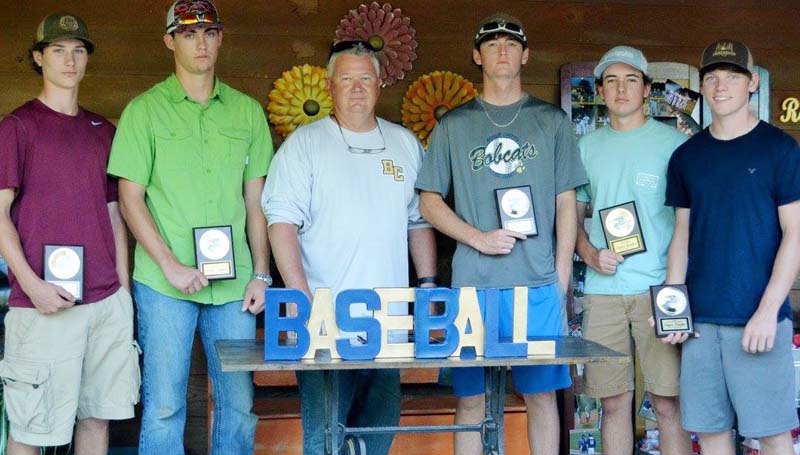 Bogue Chitto honored its baseball athletes with a banquet Sunday night at the home of David and Christy Gunther.

Seven athletes received special awards during the ceremony as Tanner Gunther received the Mounds Man Pitcher’s Award. Gunther, a sophomore, did most of the work on the mound for the Bobcats this season.

Rudy Brumfield received the Captain’s Award as well as the Cover the Earth Outfielder’s Award. Brumfield was a force to reckon with in the outfield. Brumfield is planning to attend William Carey University.

The Bogue Chitto Bobcats baseball team finished the season strong, winning the Region 7-1A title to advance to the state playoffs. BC lost to Resurrection in the third game of the opening round of the Class 1A state playoffs.