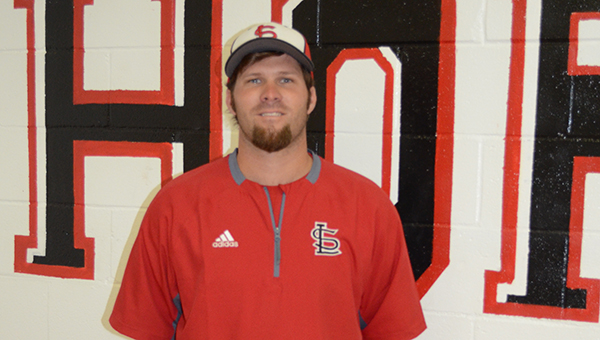 Coach Jared Britt and his Loyd Star baseball team had an amazing season in 2016. The Hornets kicked off the season looking to make a return trip to the Class 2A South State championship.

Britt and his team battled through a tough regular season schedule and Region 7-2A race to win the division crown undefeated at 10-0 for the second straight season.

After fighting through some strong competition during the regular season, the Hornets were ready to make some noise in the state playoffs. Loyd Star eliminated North Forrest, Puckett and nemesis Taylorsville in the first three rounds to return to the MHSAA Class 2A South State Championship for the second straight season.

In the Class 2A state championship series, Loyd Star fell to East Union in two straight games in the best-of-three series at Trustmark Park in Pearl. The Hornets finished the season with a 25-10 record overall.

For this accomplishment, Britt was named The Daily Leader’s Coach of the Year for 2016.

“The guys worked hard from Feb. 1 until the very last day,” said Britt. “I am so proud of all the accomplishments they made as a team. I knew coming into the season that we would strong offensively, but I wasn’t sure about the pitching rotation after losing Caleb Yarborough last season. The guys did an outstanding job stepping up to get the job done.”

Britt had three seniors on his squad who played a huge part in Loyd Star’s march to the state championship: pitcher/infielder Levi Redd, outfielder Lamar Lang and infielder Lane Rogers.

“We will continue to work hard each day during the offseason and into the season,” said Britt. “We will work on building up our pitching rotation and filling in the spots defensively that are opened. The guys will continue to work on their fundamentals as we look to build off this year’s success.”

“I cannot thank the community enough for the support and turnout we had this season,” said Britt. “The community, along with the student body, helped carry us throughout the playoffs.”

Britt also thanked Principal Robin Case for her support and Athletic Director Bill Vaughn for “all his hard work behind the scenes.”

Britt loves being outdoors and working on his family’s cattle farm. He enjoys hunting, fishing and spending time with his family.

T-Tez Cole had a spectacular senior season for Lawrence County as the Cougars cruised through the regular season to finish... read more