A Brookhaven Academy graduate’s jambalaya proved to be a winning dish in Wednesday’s episode of the Fox culinary reality show, MasterChef, earning the home cook a coveted white apron.

“Two gallant efforts, one apron,” announced celebrity chef and restaurateur Gordon Ramsay after tasting the offerings of Katie Dixon and her competitor in the episode “Battle for the White Apron, Part 2.” “It’s going to Katie.”

And with that, Dixon scored a spot in season seven of MasterChef, where she’ll compete against 19 other home cooks who earned aprons during the two-part season premiere episode. 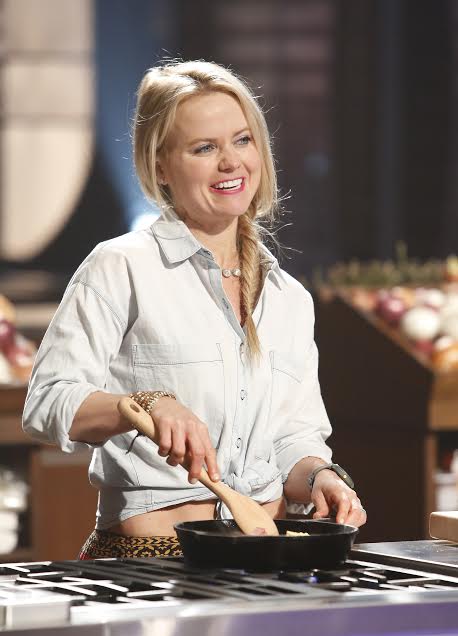 Photo courtesy of FOX/Lincoln County native Katie Dixon scored a white apron with her jambalaya on Wednesday’s episode of Fox’s MasterChef, earning herself one of 20 spots in the culinary reality series. Her next appearance will be Wednesday when she’ll cook for guest judge Wolfgang Puck.

“I’m so excited to have a white apron and represent Brookhaven,” Dixon told The Daily Leader. “Thanks to my wonderful mom and dad for always believing in me. My sisters and brother who always pushed me to be my best and my wonderful support system growing up in Brookhaven. I can’t wait for you to see more of me in the MasterChef kitchen.”

Dixon’s appearance in the one-hour episode was short, just under a minute, and she wasn’t seen until 40 minutes into the show. Dixon is one of five home cooks shown in a brief montage, just before the final battle of the night.

In next week’s episode, all 20 cooks will compete to prepare one of Ramsay’s favorite dishes, which will be tasted by Ramsay, renowned pastry chef Christina Tosi and guest judge Wolfgang Puck.

Dixon, a 2001 graduate of Brookhaven Academy, is a personal trainer in Hattiesburg.

She auditioned for the reality show months ago in Jackson and was one of 22,000 hopeful cooks to audition nationwide.

She describes her cooking style as “simply southern,” which is typical southern dishes prepared in a healthier way, she said.

She is the only contestant representing Mississippi.

Dixon’s next appearance on the show will be June 15 at 7 p.m.

Photo by Alex Jacks/Sullivan Ford Lincoln will celebrate 25 years in Brookhaven on June 16. Lavelle Sullivan could not imagine... read more