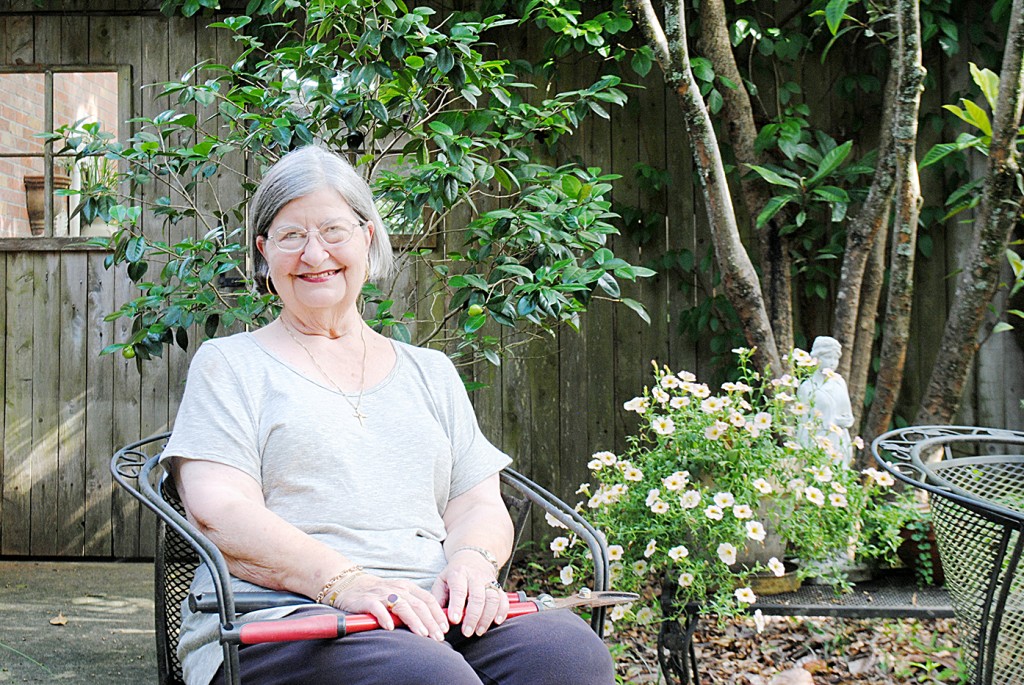 Photo by Aaron Paden/Ward 4 Alderman Shirley Estes will not be running in the next municipal election.

Everything changes and nothing stands still. For 12 years, Shirley Estes has served Brookhaven as Ward 4 Alderman. But Estes has announced recently that she will retire from the position at the end of her term in June, 2017.

Estes began her journey as alderman in 2004. Her husband, Don Estes, had only recently been elected as alderman when he died of cancer, and Estes felt compelled to complete his term.

“I didn’t contemplate it,” she said. “I just found myself telling my kids I was going down to City Hall to get the paperwork to try and finish Don’s term. That was all my intention was.”

In order to qualify for the election, Estes needed signatures from the community. But still mourning her husband’s death, Estes said she wasn’t inclined to go out and campaign for the position.

“I divided up the sheets and my friends got those names for me in a short time,” she said.

Estes ran for reelection at the end of her term because she found she enjoyed having the chance to help people in the community.

“It’s been a great opportunity,” she said. “I can usually find a way to make things work. And it doesn’t happen all the time, obviously — with anybody. But I feel like I’ve been there for people to look toward. My hope is that whoever follows me will have that same sense of importance toward being responsive to people.”

Estes said the best advice she can give her successor is to be willing to learn and be available, both to the people of ward four and the community at large.

“Being an alderman is a service opportunity,” she said. “Anybody that doesn’t think it is has not sat in this chair and answered the phone and tried to solve situations and problems that people have.”

Estes said 13 years is a long time, and she felt it was wise to step back and let someone else fill the position.

“I calculated what my age would be at the end of another term, and I would be getting very close to 80,” she said. “I felt like the next four years would be a time when I need more time to take care of this body that’s getting older and spend more time with myself and just reinvent myself.”

Reinventing herself is something Estes said she had done many times throughout her life.

“I had a wonderful marriage,” she said. “I was privileged to raise this family in Brookhaven, and I’m so grateful. I give God the glory for the opportunity he gave me. When you’re married and you’re in a good marriage, when that marriage ends, especially with the death of a spouse, that is a tremendous adjustment to make.”

Estes said she intends to continue to be active in the community, and she’ll miss her time on the Board of Aldermen.

“Oh, am I ever going to miss it,” she said. “I’m going to miss sitting around that table with the team and with the department heads and those employees. I’ll miss not being involved in those positions.

“I’ll miss it a lot. But I feel like I’ve been given enough wisdom to know that it’s time for someone else to do it.”

According to Deputy City Clerk Marsha Fairman, Jan. 2 is the qualifying date for city office. Fairman said those who are running on the Democratic or Republican ticket must pay a fee of $10. Those running for mayor or chief of police must have lived in the city for at least 30 days, and aldermen must have lived in their ward for 30 days.

Fairman said individuals running as an independent do not have to pay the fee, but they do have to gather a qualifying number of signatures from registered voters, which must be submitted to the city clerk’s office before elections. These rules are set by the legislature and are subject to change. Individuals who want to run for a municipal office should contact the City Clerk for more information at 601-833-2362.

‘I’d already made peace with God’

Photo by Donna Campbell/James Laird (left) and son, Jonathan, will likely spend Father’s Day together reminiscing about the years the... read more