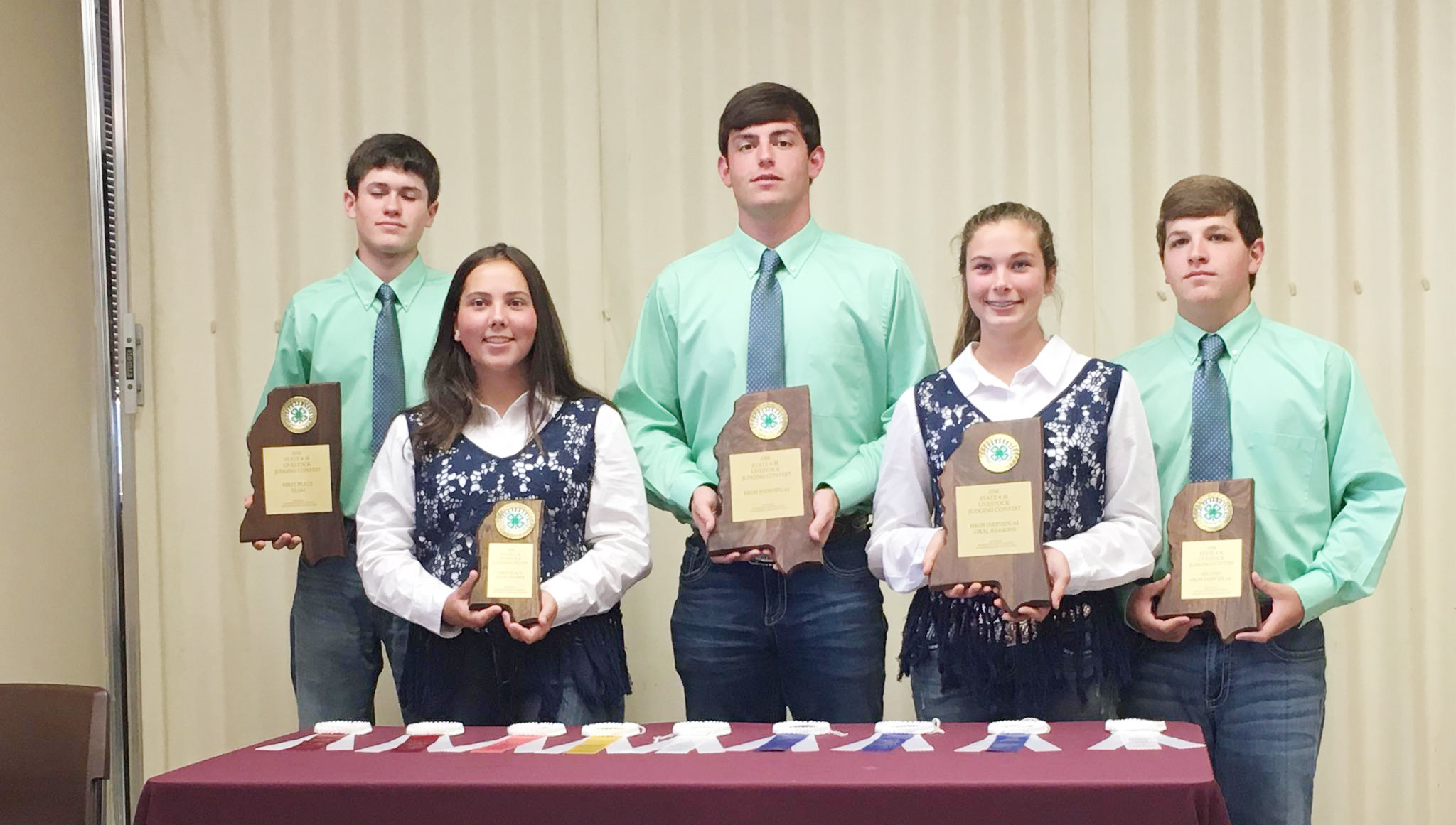 The six-member team judged its way to first place at the state level competition held at the Mississippi State University horse park in Starkville in May, winning a spot in the national contest. The team competed against more than 150 4-H students.

Livestock judging consists of two components: placing a group of four animals and orally justifying the decision. Each member of the team has a limited amount of time to analyze a class of animals and place them. The student compares the animals in the class to each other, but also to the ideal animal in that species.

After placing each class, the student must verbally justify their final placing. Relying on their memory of the class, team members present their analyses for each animal to livestock judging experts.

At the state contest, the senior team consisting of Will Watts, Walker Williams, Rylie Melancon, Jacob Johnson, Claire Posey and Chaney Rutland placed eight classes of livestock and spoke four sets of oral reasons. Classes were made up of cattle, swine, goats and lambs.

“They have decided that they not only want to attend this event, but they plan on being the competitive team to beat,” Watts said.

To prepare for the contest, the team attended the MSU livestock judging camp in May and the Colorado State University camp in June, Watts said.

The six students meet every week to work on placing livestock and giving reasons to improve their skills, Watts said.

“The hope is that the kids will be better prepared through all of the extra camps and practices that we will continue to attend until the contest in January,” she said. “We know with hard work and a little luck our Mississippi team can finish big.”

Photo submitted/Charles Miles and Reginald King work on computer set-up prior to operating the Seawolf V. Pictured is the ROV... read more