In the business, he’s known as the water man.

Until recently, Bill Manduca has lived in Wesson and worked as executive director for the Clean Water for Malawi project that has drilled 158 wells in the southeastern African country since its inception in 2010. Manduca recently resigned from the project and moved to Brandon, but he’s still heavily involved in African aid. 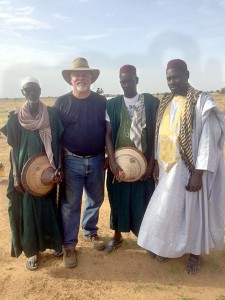 Photo submitted/Bill Manduca (second from left) worked as the executive director of the Clean Water for Malawi project, which has drilled 158 wells in the African country since 2010.

Manduca said his whole life has been about water.

He was born on the coast of Maine, served as a Navy officer and earned a degree in marine engineering.

Manduca found himself working in the shipbuilding industry in Pascagoula, where he was part of a design engineering team building ships for the Navy.

“I managed a $43 million budget to help build scale models of the weapons magazines as part of the hull of the ship,” Manduca said. “Literally, we built things and then blew them up.”

Manduca was laid off from the company in 2009 while he was finishing his doctorate in strategic leadership.

“I began to develop my consulting company, the Vantage Point Group,” he said. “You’re out casting your net wide to help companies. I got a call from a pastor friend of mine from Philadelphia, Miss. He was discouraged because he just had to fire his executive director. That was in the summer of 2013.”

Manduca said at the time he thought he would only consult for Clean Water Malawi, but they offered him a job as the new executive director just two weeks later.

“I wasn’t that happy about it,” he said. “It wasn’t the amount of money I needed. But the Lord said ‘Go do it,’ and so that’s how it worked out.”

Manduca said his goals as executive director were consistent operation, fundraising and training.

Consistent fundraising, according to Manduca, was a challenge. Manduca said he’d hoped to bring in more outside sources of funds through crowdfunding and other methods, but until recently the organization was able to get all the funds it needed.

“All we had to do was get on the phone and talk to someone and we had $100,000,” Manduca said. “But when you go to the well a lot of times, you get donor fatigue. Plus, a  lot of the people were in the oil and gas industry and have taken a hit.”

Still, Clean Water for Malawi is going strong. According to the organization’s website, it has built four wells in the past month and is constructing another five.

Manduca is also a member of Rotary International, a service organization where Manudca said several members are searching for what he calls a “Rotary Moment”.

“It goes from your head to your heart, and I’ve had several of those,” he said.

“Out of the crowd walks this old lady. She’s 85 years old,” he said. “It’s the classic National Geographic picture you see with the weathered face and the wrinkles. This lady was probably 4-foot-something. She comes up to me and she’s got tears running down her face.

“She said, ‘Zikomo’. That in the Chichewa language is thank you. She points to the rig and she points to me and she says ‘Zikomo’.”

According to a United Nations report, about 40 percent of the 783 million Sub-Saharan African population does not have access to clean drinking water.

That’s about the same as the population of the United State, Manduca said. “If they don’t find a consistent, sustainable source of clean water by the year 2025, they’re going to have to go. It’s going to be like picking up the entire population and moving them. That’s how bad the situation is. So there’s a big rush to drill wells, called boreholes.

“We go over and raise funds and then we give them a well — a borehole. It’s pretty gratifying work, but it can be very difficult work.”

“For example, USAID has like $18 million going to Senegal,” he said. “Within that project there are contractors that help them be sustainable systems. In order to grow bigger gardens and bigger farms, you’ve got to have water.”

Former state representative and House Minority Leader Bobby Moak of Bogue Chitto will be the new chairman of the Mississippi... read more