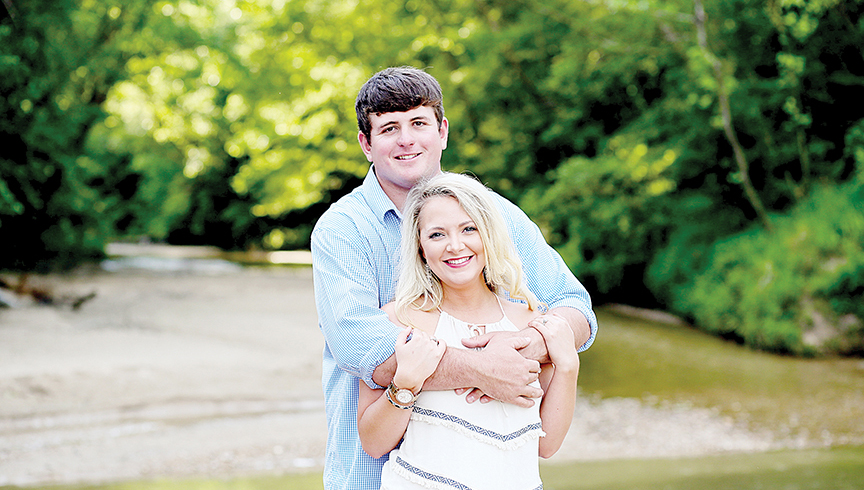 Bruce and LeAnn Hughes, of Gloster, announce the engagement and approaching marriage of their daughter, Kristen Lane Hughes, to Preston Marshall Shelton.

He is the son of Eddie and Libby Shelton of Meadville.

He is the grandson of M.L. and Doris Bankston of Meadville, and Lucille Shelton of Pattison and the late Charles B. Shelton.

The bride-elect is a 2011 honor graduate of Franklin County High School, a 2013 graduate of Copiah Lincoln Community College, and a 2016 honor graduate of Alcorn State University with a Bachelor of Science degree in elementary education. She will be employed at Mamie Martin Elementary School in Brookhaven.

The prospective groom is a 2011 graduate of Franklin County High School, a 2012 graduate of Copiah Lincoln Community College where he played football for the 2011 and 2012 seasons and played a part in winning the 2012 Mississippi JUCO State Championship title, and a 2015 honor graduate of Southwest Mississippi Community College with an Associates in Applied Science in oil and gas production. He is employed with Halley Construction in Brookhaven.

The couple will exchange vows at 6:30 p.m. Saturday, July 9, 2016, at Meadville United Methodist Church in Meadville.

A reception will follow at the home of David and Lugenia Scarbrough in Meadville. All friends and family are invited to attend the wedding and reception.