Police: Take the fireworks out of town

It’s a fun tradition to shoot fireworks on Independence Day, but it’s important to do so where it is safe and legal. 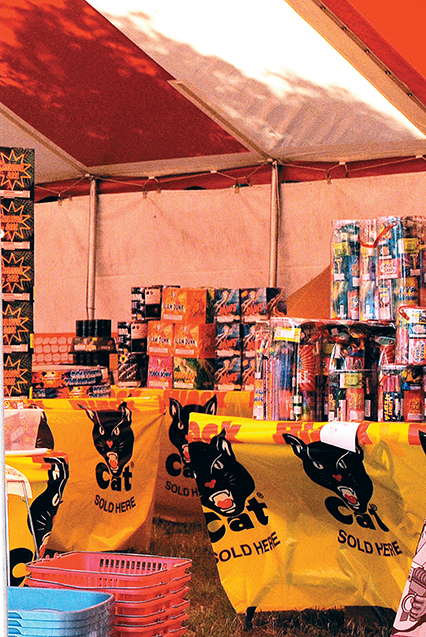 It’s against city ordinances to shoot fireworks in the city limits — and for good reason. Nearly half of the reported fires on Independence Day in the United States are caused by fireworks, and 28 percent of all fires caused by fireworks happen on the Fourth of July, according to the National Fire Protection Association.

Capt. Clint Earls with the Brookhaven Police Department said Brookhaven is lucky in that there hasn’t been a lot of property damage or injuries caused by fireworks in the city. But that could change if fireworks are not respected.

Despite the ordinances, Earls said the police are inundated with calls during the Fourth. While the department does enforce the fireworks ordinance, most incidents are resolved with a warning.

“The police department for as long as I’ve been here — 26 years — tries to work with people as far as fireworks,” Earls said. “Typically those calls could be originated as gunshots or simply called in as a loud explosion. We send units and when the units get there, typically they encounter children shooting fireworks. Usually a first time occurrence involves a warning to put the fireworks away.”

If there are repeated calls, Earls said the police will typically confiscate the fireworks until a child’s parents can retrieve them.

For groups who do want to have fireworks displays, there are avenues to do so legally, according to Earls. Residents must fill out an application to hold an event at the city clerk’s office and specify that they intend to shoot fireworks.

Those requests are subject to approval from the city, the BPD and the Brookhaven Fire Department, and there’s no guarantee of acceptance, but Earls said the requests are considered and sometimes approved.

Save a life, donate blood at Reed’s Metals today

Save a life and donate blood today at Reed’s Metals. Reed’s Metals has partnered with Mississippi Blood Services to bring... read more