The 2016 Brookhaven High School valedictorian will become a Bulldog this fall after earning a $72,000 National Merit Scholarship.

Reid Roberson will attend Mississippi State University to study aerospace engineering after scoring a 214 on his PSAT. 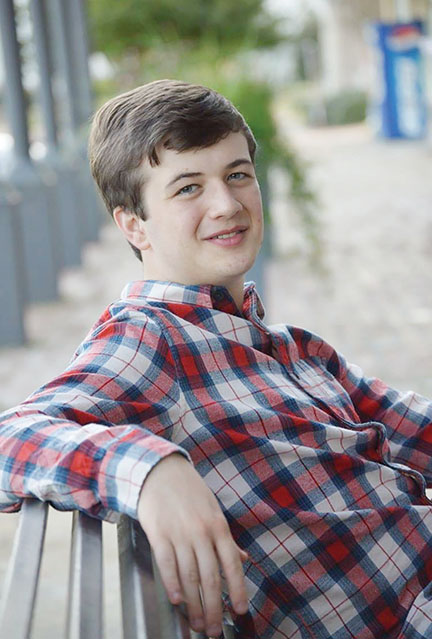 “Before my junior year in high school, I wanted to be a lawyer and then I took physics and calculus,” Roberson said. “When I took those, I realized that I enjoyed that a whole lot more than writing and I was better at it than I originally thought. I started to look at engineering more seriously after that. Then I just kind of narrowed it down. I was torn between chemical and petroleum and aerospace engineering. I think in the end aerospace engineering is just going to be a little more fun.”

In addition to aerospace engineering, Roberson will pursue an engineering entrepreneurship certificate.

“I would like to have the option to get an MBA,” Roberson said. “There is an engineering entrepreneurship certificate that you can add on to your engineering degree. It’s like 20 more hours. It will give me all of the prerequisites to do an MBA.”

Roberson hopes his future aerospace engineering degree will allow him to stay in Mississippi.

Roberson received the National Merit Scholarship based on his PSAT. The process takes approximately a year and a half to complete before a student is awarded a scholarship, Roberson said.

“The PSAT is in October,” Roberson said. “You have to be a junior to take it and qualify for the scholarship. In September of the following year, you are notified about whether or not you’re a semi-finalist. To be a semi-finalist in Mississippi this year, you had to score a 208. The following February, you are notified about whether you are a finalist. You have to fill out paperwork and get recommendations between those two dates. Most of that is just verification that you meet all of the requirements. I also had to take the SAT to verify my PSAT score.”

Roberson was selected as one of 15,000 semi-finalists and then one of 8,000 finalists in the nation. The 8,000 finalists get scholarships based on where the student decides to attend school, he said.

“I received $72,000 total to go the Mississippi State, but the amount is different depending on the school,” Roberson said. “The National Merit Scholarship Corporation also gives out scholarships and I received on from them in addition to the $72,000.”

In high school, Roberson was a member of the debate team, National Honors Society, class office and student council.

“I was on the debate team all four years,” Roberson said. “I was the captain my junior and senior years. I think I finished in the top 25 in the state. That’s more individual that it is a team thing though. I was also the president of NHS my senior year.”

While at Mississippi State, Roberson hopes to get involved in the community.

Roberson credits his success to several Brookhaven High School teaches, as well as his parents.

“My parents have been my biggest support,” Roberson said. “They’ve always made sure that I was doing what I needed to be successful and be able to do what I wanted in college and later. Really, there are a lot of teachers that have helped point me in the direction that I am going as far as majoring in aerospace engineering. Without teachers that I had in math classes and physics, I wouldn’t be able to really focus in on that.”

The new trial date for a Brookhaven man accused of beating a cat to death at an animal shelter has... read more