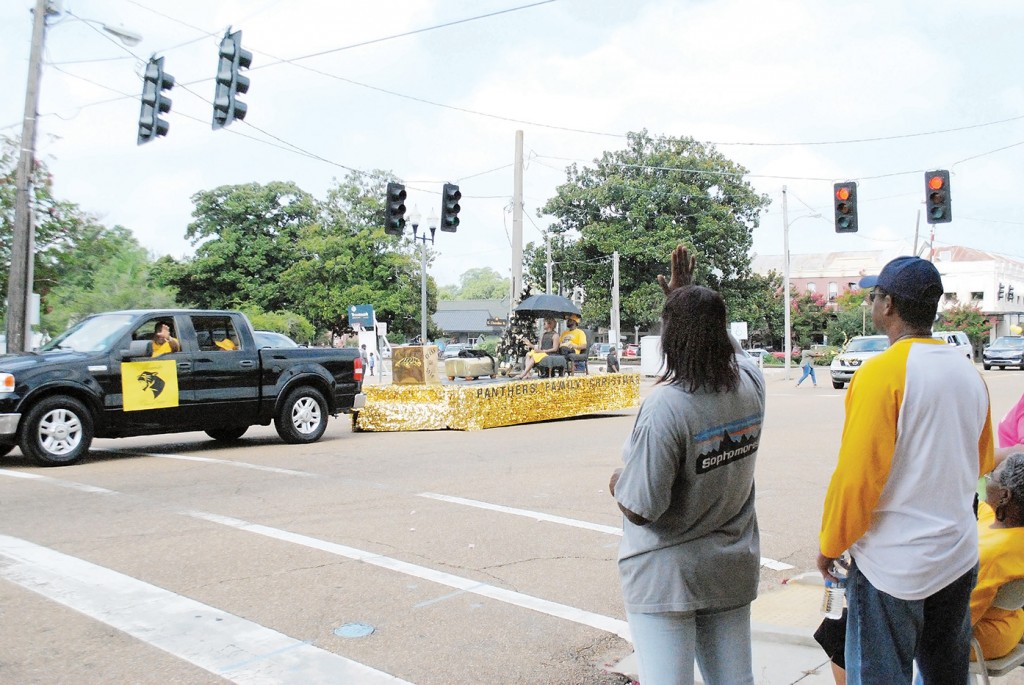 Photo by Aaron Paden
Brookhaven residents gathered downtown Saturday morning to watch as a parade passed by for the 2016 Alexander High School reunion.

The 2016 Alexander High School reunion was an event two years in the making. The AHS reunion committee has been hard at work preparing for the event since the conclusion of the previous event, which was held in 2014, committee chairperson Phyllis Watkins said.

Watkins looks forward to the class gatherings each reunion. “It’s a time for the classes to get together and reminisce and share memories,” she said.

Now known as Alexander Junior High School, AHS was Brookhaven’s black high school until it became integrated in 1970. Although the Supreme Court ruled in 1954 that segregation was unconstitutional it took Brookhaven’s School District 16 years to integrate the schools.

The weekend started with a program and class gatherings Friday night at Lincoln Civic Center.

Then Saturday morning, Brookhaven residents lined the streets as a parade ran from the downtown post office all the way to the entrance of AJ.H. Music blasted through speakers and vendors set up shop for a block party following the parade, and AJH principal Patrick Hardy gave a speech to open a general assembly in the auditorium, where the stage was decorated in black and gold, the AHS colors.

Inflatables were also set up for young children to play in.

The class of 1966 was awarded golden diplomas at the event, and they also won an award for having the most former students returning for the event, with the class of 1965 falling close behind. Baseball players from the latter half of the 1960s were also commemorated at the assembly.

Watkins presented an A.A. Alexander Scholarship to Erica Nelson for $600, and reunion committee scholarships for $1,000 each to Kyla Wilcher and Ariel Kitchens.

AHS students ended the evening at the Black and Gold Ball at the Lincoln Civic Center.

“It was a wonderful turnout,” reunion committee secretary Sherry Merchant said after the general assembly. “We had about 225 showed up for yesterday, and that many today and probably that and some tonight.”

There will be a Sunday church service at A.J.H. starting at 9 a.m. featuring Evangelist Maxine Dillon of Rhema Word Center. A Sunday dinner for ticket holders will be held at the Lincoln Civic Center at noon. Merchant said soul food favorites like fried chicken and pork chops will be served.

Merchant said she is looking forward to putting together another reunion in 2018.