‘Brookhaven will always have the key to my heart’ 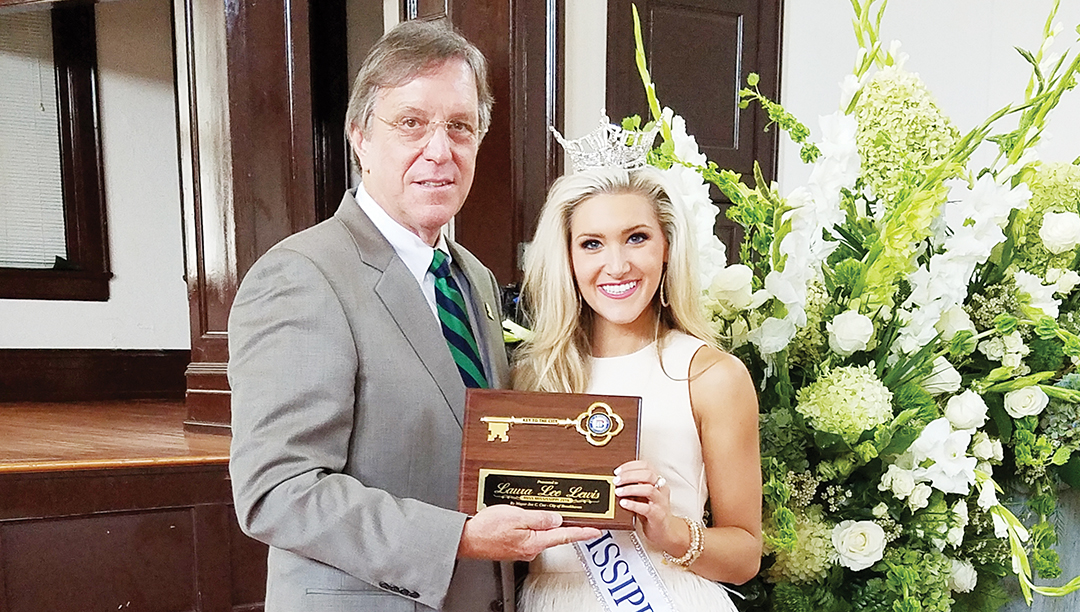 Photos by Donna Campbell/Brookhaven Mayor Joe Cox presented Miss Mississippi Laura Lee Lewis with a key to the city during a homecoming reception in her honor Saturday at Mary Jane Lampton Auditorium. This was Lewis’s first official visit back to her hometown since winning the crown in June. She’s been busy preparing for the Miss American pageant, which will be held in Atlantic City in September.

Brookhaven native Laura Lee Lewis made her first trip home Saturday since winning the crown and title of Miss Mississippi June 25 in Vicksburg.

Lewis, the daughter of Mark and Loren Lewis, was the guest of honor at an autograph party and reception held at the Mary Jane Lampton Auditorium. More than 200 people attended the two-hour event, which also included an awards presentation.

“I’m so excited to have a key to the City of Brookhaven,” she said. “Brookhaven will always have the key to my heart.”

She also received a resolution from the mayor and Board of Aldermen honoring Lewis for her achievement.

Cindy Hyde-Smith, commissioner of Agriculture, Sen. Sally Doty (R-Brookhaven) and Rep. Becky Currie (R-Brookhaven), known affectionately in the state legislature as “The Lincoln Girls,” presented Lewis with a framed certificate designating her a Woman Warrior 2016, which is an award that represents women who have shown great vigor in accomplishing their goals.

Brookhaven Police Chief Bobby Bell thanked Lewis for the way that she carries herself in public and for being a mentor to the youth.

“We appreciate you,” he said.

Lewis turned the tables on him, thanking him for the work he does with Brookhaven’s youth to help them learn how to make better decisions.

She called for a big round of applause for the law enforcement in Brookhaven and Lincoln County for “their service and dedication for our community and our state for risking their lives.”

It was retired educator Pam Fearn, representing Lincoln County educators, who brought Lewis to tears during the presentation.

Fearn first met Lewis as principal of Brookhaven Elementary School and Lewis was a bullied third-grader.

“I remember this cute little girl coming to me because a few students were calling her names,” she said. “We spent a lot of time together.”

Fearn made Lewis the school photographer, and laughed as she recalled the tiny blond running around the campus with a camera half her size swinging from her neck.

“Laura Lee, what you probably don’t realize is that your Mentor Matters platform actually began in third grade,” she said.

She said Lewis takes compliments aimed at herself and turns them around to focus on others. She tries to shine the spotlight on others, she said. She used Lewis’s recent win as Miss Mississippi as an example.

“You could tell at first she wasn’t sure what happened but then it kind of sunk in that she was Miss Mississippi. But then, and those of you who were watching know this to be true, Laura Lee clapped for the first alternate and then she took her hands and pushed her out (toward the lights) as if to say, ‘This is your moment.’ She takes every moment that’s hers and she turns it around to give someone else their moment.”

She said Lewis, as a high school cheerleader, would often come back to Brookhaven Elementary School and bring the squad with her to talk to the young students and encourage them to work hard toward their goals.

Lewis started Teen Trendsetters at Mamie Martin Elementary, which pairs teen mentors weekly with kindergarten through third-graders who are six months or more behind in reading and who are suffering with low self esteem. Fearn introduced teen mentor Ellen Doty and kindergartner Ella Thompson, who have formed a special relationship through the program. “Because of this special relationship, Ella’s confidence was boosted. She is successful in school and participating in extra curricular activities.”

She called on representatives from Kappa Kappa Iota — Rho Chapter, Kappa Kappa Iota — Alpha Beta Conclave and 21st Century Community Learning Centers to stand before Lee at the stage. “Laura Lee, we are so proud of your accomplishments,” she said. “Through your platform and hard work, you have changed the lives of many young people. You have given them encouragement and hope to fulfill their dreams.

“But what we are most excited about is that you have decided to be a teacher, an educator, an administrator. What an example you will be as you serve and teach our children. I can’t think of a better person for us to pass the torch to.”

Lewis said it was Fearn who changed her life in the third grade, giving her the duty of school photographer, which built up her self esteem.

Lewis had asked those attending to bring character adhesive bandages so that she could take them to Blair E. Batson Children’s Hospital in Jackson. Two large boxes of bandages were collected at the event. 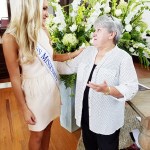 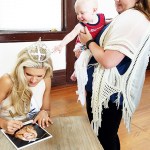 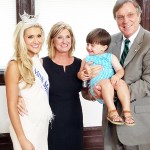 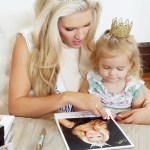 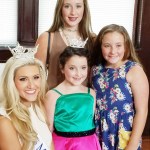 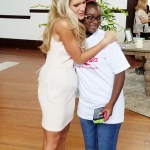 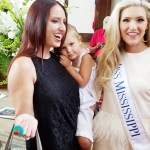 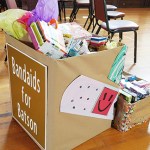 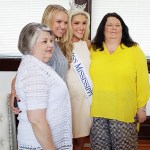 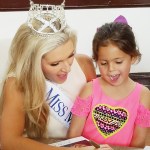 Photo by Aaron PadenBrookhaven residents gathered downtown Saturday morning to watch as a parade passed by for the 2016 Alexander... read more