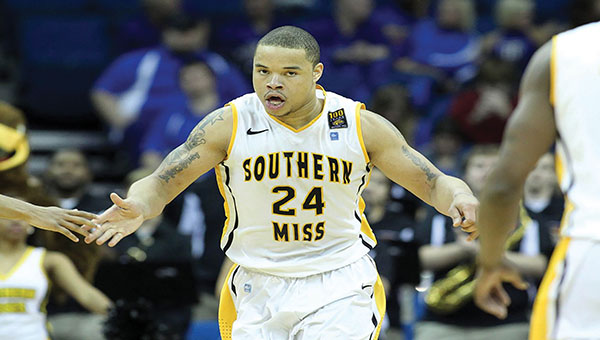 HATTIESBURG —  Former Southern Miss men’s basketball standout Jonathan Mills died Monday afternoon after being shot in his native Chicago. He was 26 years old.
Mills was shot several times during the shooting and was pronounced dead on the scene.

Police spokesman officer Thomas Sweeny said no arrest had been made in connection with the shooting.

The father of two daughters, Mills played basketball at Eastern Utah Community College as well before joining the Golden Eagles.

“Jonathan brought great joy to the Southern Miss fan base through his infectious personality, his passion for the game, his relentless pursuit of excellence, and his tough, hard-nosed, blue-collar style of play. He was a winner.

“Jonathan made immense contributions on the court, in the locker room and in the community. He left an indelible mark on our basketball program and university, and our prayers are with his family, friends, former coaches and teammates.”

Mills helped lead Southern Miss to the 2012 NCAA Tournament, its first since 1991, averaging 9.5 points and 6.1 rebounds per game as a junior.

That squad boasted an 11-game winning streak at one point, the longest in program history since 1987-88. Mills was also a two-time Defensive All-Conference USA honoree (2012-13) and earned third-team accolades in 2012.

Mills also played for the Chicago Fury, a semi-professional team in the Midwest Basketball League.  He also spent some time playing in the National Basketball League of Canada for the London Lightning.