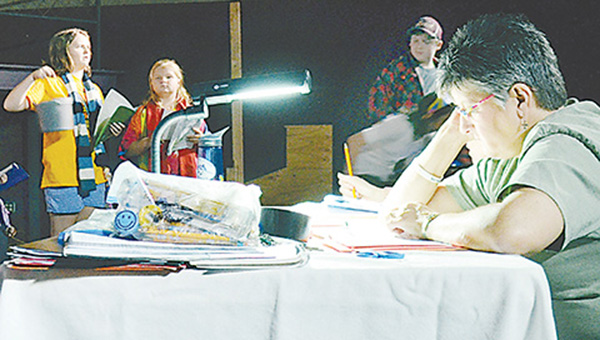 Photo by Aaron Paden/Assistant director Sarah Lloyd reads along as the members of the Brookhaven Little Theatre’s Children’s Theater Camp rehearse for “Hansel and Gretel” Tuesday.

The Brookhaven Little Theatre’s camp production of “Hansel and Gretel” Thursday and Friday will serve as a finale to the long and fruitful BLT career of producer and director JoAnna Sproles, who started the Children’s Theatre Camp a dozen years ago with Emily Henderson and Jana Russell.

Sproles helped organize the first camp because she felt there was need in Brookhaven.

“I also had a daughter going into first grade, and there was a lack of summer camps for school-aged kids to do in town,” she said. “So a friend of mine and I started drama camp for first- though seventh-graders. This was 12 years ago.”

Fifty-one students signed up for camp this year, a number Sproles said was not unusual, but it can present a challenge when planning a production.

“This year is ‘Hansel and Gretel,’” she said. “Anyone who’s familiar with that story knows there’s not a whole lot of characters in the story.”

That’s not to say children who wanted parts were left out. Once Sproles had the numbers, the time came to amend the script to fit the cast. So BLT has a unique twist on a classic story. 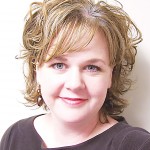 “There’s still a mean witch that likes to eat children, but we added a lot of fairy tale story characters,” Sproles said.

They also added a touch of humor, which gives the story a lighter feel overall, though it can still have its scary moments, she said.

Sproles said working in a production like this teaches children their own limitations, and it also allows them to work in a group. Sproles is often surprised by how the more quiet children often open up during camp.

“Those are life lessons they carry with them through school, job interviews and any challenge that comes up,” Sproles said.

Actors in the play will often suggest additions or changes to the story, and they’re also involved in the costume design.

“They’re very involved with all aspects of putting a production on,” Sproles said.

Money made from tuition and ticket sales goes to the Save The Haven fund, a project that began in 2004 with the intention of renovating and maintaining the historic Haven Theater, which is BLT’s home.

Tickets are $5 at the door, which opens at 5:30 p.m. both nights. The production should last about an hour.

Merchants come together for lighting project