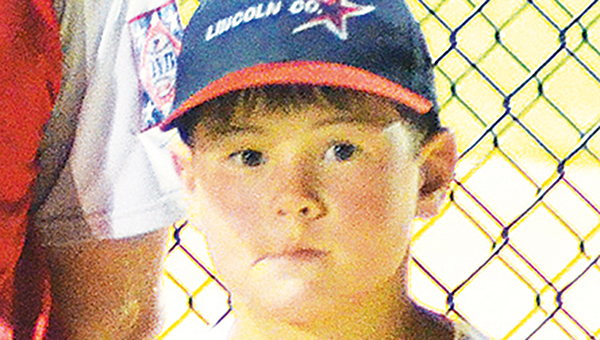 Eight-year-old Lincoln American All-Star  second baseman Carter Palmer represented Mississippi in the Home Run Derby at the World Series in Laurel Friday. He finished second in the event after losing to a competitor from Texas. Twelve other states were also represented. Palmer and his team lost their first game in the World Series to the Louisiana All Stars 18-1. The All-Stars also dropped their second game to Florida 6-2 and will play Arkansas at 1 p.m. tomorrow in the consolation bracket.