The Brookhaven Board of Aldermen ended up in a heated discussion at a recent board meeting over shifting funds to pave a street.

Ward 4 Alderman Shirley Estes requested the board release approximately $20,000 in funds budgeted for a park in Ward 4 in order to put it toward repaving a portion of South Street. 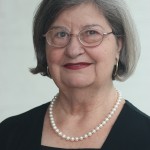 “What I’m asking the board to do is to release the funds that were put on the park — since that’s not happening — to pave that street,” Estes said. “Half of that little piece of a street is concrete because it was a driveway originally. The other half of it is paved. It’s a mess all the time. We can hardly keep the potholes filled.”

Estes said Ryan Holmes, an engineer with Dungan Engineering, expects the repaving project to cost about half of Ward 4’s park fund. Estes proposed to release the remaining park balance to the general fund upon paving the street.

City clerk Mike Jinks replied, “If the board approves to do it, then yes. It’s all within the same fund. It’s within the general fund.”

Ward 2 Alderman Terry Bates proceeded to ask Estes if she would release the balance of her park fund to the Ward 2 park fund. 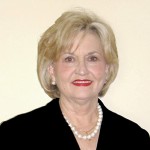 “As you know, I have a little money for the park, and I’m asking you if you would give it to me for my park instead of sending it back to the general fund,” Bates said.

Estes did not believe it was in her duties to ask the board to transfer the remaining balance of Ward 4’s park fund to Bates.

“Well, that’s just a whole other issue, Terry,” Estes said. “I’m just trying to get a street paved. It’s two different issues. I would just like for y’all to — if you’re willing — to approve this street that is half of a driveway.”

Bates continued trying to persuade Estes to give his ward the remaining money, when Mayor Joe Cox cut in to request a second to Estes’ motion.

“It’s really two separate issues,” Cox said. “The first thing you’re trying to do is use approximately half of your money to get this street paved. That’s the first item right there.”

Estes and Bates continued to debate, when Cox once again asked for a second. 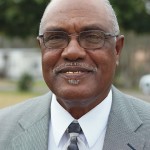 Sullivan cut him off, “We all could put money in there every single budget year and then move it somewhere else.”

Estes finally interjected, “I’m saying you have a lot to do with the park not passing and I’m just asking for a simple thing and if it’s dead, it’s dead.”

Cox declared the motion dead without a second, but Sullivan continued.

“We hired Ryan Holmes, a professional engineer, to grade our streets,” Sullivan said. “There are lots of them that are in need. We took the worst ones and went from there. We all have money somewhere designated that we could just start shifting.”

Estes replied that Sullivan should come to the board and ask for what she would like, when Sullivan raised her voice again, “I don’t want to. I don’t believe in it. I believe that you put it in there for one thing and you should leave it there. I don’t remember us ever moving money from one fund to another. I can’t remember ever.”

Cox once again declared the motion dead for lack of a second and moved on to the next item on the agenda.