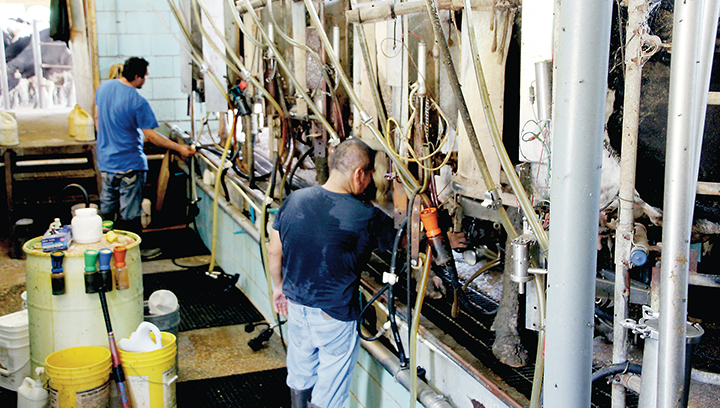 Farmers are the lifeblood of a community, producing dairy products, poultry, soybeans and other crops to feed families in the state, the nation and the world.

They see their profession as a lifestyle choice, providing all other industries with the products to succeed. A farmer will tell you, everyone in the world has one thing in common — they all need farmers, and yet the profession tends to be under appreciated.

An economic profile for Lincoln County produced last year by Mississippi State University said farmers — grouped with the merchant wholesalers and non-durable goods sector — ranked fifth among the top employment sectors in the county, providing 537 jobs. That’s not bad for a county with over 34,600 people, according to the U.S. Census.

“Agriculture is important to our county, state and country,” Lincoln County extension agent Rebecca Bates said. “It is the largest industry in the state of Mississippi that employees hundreds of people just in Lincoln County who support our tax base.” 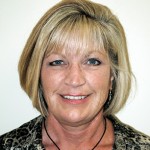 One of the farmers providing jobs in Lincoln County is Pat Ard, who raises dairy cattle to supply milk to surrounding areas.

A third-generation farmer, he runs Ard’s Dairy in Ruth. He and his workers milk between 200 and 250 cows every day, 365 days a year. He also runs an agritourism business on his farm.

The dairy farm was started in 1884 by Ard’s grandfather. His parents started milking cows in the mid-40s and Ard took over in the early part of ’72.

Ard explained that operating and running a dairy farm takes commitment from all involved.

“You’ve really got to enjoy doing the farming and the milking,” Ard said.

If something goes wrong with an animal or piece of equipment on any day or time of the week, Ard must be there, even if he has other plans.

“I’ve come in this house, got my shower, got ready to go to church and drive out the driveway and spotted a cow having troubling calving,” Ard said. “If you’ve got a young cow that’s calving and it looks like they’ve got a problem, you can’t leave for an hour and a half or two hours. In those instances, I get out of the car, change my clothes and I go back to farming.”

Ard and his five employees produce almost everything needed to feed the dairy’s cows. Ard said they plant their own corn, cut it to make silage, cut and bale hay and repair most of their own equipment, on top of milking all of the cows not once, but two times a day.

“This is seven days a week,” Ard said. “Somebody has got to be here. On Sundays we try to do the very minimum. In this heat, we’re not going to do a lot out there physical because I don’t want anybody to get sick.”

The commitment that Ard strives to fulfill every day comes from a drive to feed to world.

American farmers make up less than 2 percent of the country’s population, and yet an enormous task is expected of them. That reason proves why Ard and Bates believe more focus should be put on the importance of Mississippi and American farmers.

Lincoln County farmers support our tax base, Bates said. Without the farmers in our county, Mississippi and America we would be in trouble, and people need to understand that, she said.

“It’s very important that we focus on farming in America because if we start depending on food sources, whether it be milk or beef or bread, from a foreign country, it is not going to be good,” he said.

The USDA regulates what type of product can be sold within the country, Ard said. If America begins to rely on other countries for its food source, those strict regulations will not be in effect, he said.

Ard’s Dairy Farm opened to visitors five years ago, Bates said. He’s added a petting zoo, the MooChoo train, wagon rides, a sand pile and playground and a zipline. In October, he’ll have a corn maze and pumpkin patch, she said.

“We started the agri-tourism business to diversify our income,” Ard said.

The farm hosts school and church groups, senior adults and birthday parties by appointment, but is open to the public every day in October, Ard said.

“I get a blessing out of it myself by just being able to offer this to people,” Ard said. “Even in rural America now, there are kids that don’t have the opportunity to visit a farm.”

Ard has tried to make the activities educational.

“The Ards decided to add agritourism to their operation to educate children and the public about the day-to-day activities it takes to run a farm,” Bates said.

“We’re four or five generations away from the farm,” Ard said. “We’ve had children come out here and when you ask them, ‘Where does your milk come from?’ they say, ‘The grocery store.’”

Ard tries to takes the time to educate each visitor and stressed that he produces a quality product.

“We’re trying to bridge that gap by showing people the start to finish process with the cows,” he said. “From when the calf is being born, to taking care of to its mature stage, all the way into the birthing of the calf and how the cow starts producing milk.”

Ard’s Dairy Farm is one of 10 dairies left in Lincoln County. There are currently 82 Grade A dairy herds in the state, made up of a total of 12,000 milk cows, according to a 2015 Mississippi Agriculture, Forestry and Natural Resources publication. The milk produced from those herds in 2015 was valued at $32 million. 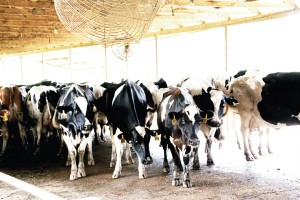 Lincoln County ranked fourth among the 82 Mississippi counties in milk production, according to the publication.

Dairy products, however, are just one of the many commodities Lincoln County and Mississippi farmers produce each year.

With agriculture being Mississippi’s number-one industry—employing more than 260,000 people —the industry made up 22 percent of the state’s total income generating $7.4 billion in 2015.

“I’m from an agricultural family,” Bates said. “My father, both of my grandfathers and both great-grandfathers all farmed. I’ve grown up in agriculture. It has been incredible to work with all of these Lincoln County farm families, getting them the support they need from the university, getting to know them and admiring their work.”

Photo submitted/Workers load gladiolas s onto the Panama Limited for shipment to wholesale florists in Chicago in the late 1940s.... read more