Benjamin Nelson pleaded guilty to three counts of touching and handling a child for lustful purposes in an Aug. 1 hearing in Lincoln County Circuit Court.

Nelson was indicted on Feb. 26 for touching a child under the age of 16 for lustful purpose. The indictment alleged that Nelson had sexual relations with the child between Sept. 5 and Oct. 17. Brookhaven Police Chief Bobby Bell said at the time that BPD received a call on Oct. 17 that Nelson was caught having sex with a 16-year-old. Nelson was 23 at the time. 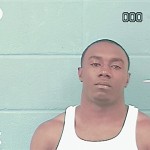 The touching and handling case against Moncherik K. Hooks was dismissed in a Monday hearing after a motion by the district attorney’s office said that they were unwilling to pursue charges, citing in the motion that the alleged victim’s parents were not giving the cooperation necessary to prosecute the case.

The motion was filed on July 22, and the order was signed on Monday.