The Mississippi Bureau of Investigation has cancelled an Amber Alert for 2-year-old Landon Monk, who was found in Claiborne County this afternoon.

The Amber Alert was issued this afternoon. Landon had last been seen on Hwy. 149 near Braxton in Simpson County.

He was traveling in a 2003 4-door black Acura with the license plate SPW 370, according to Warren Strain, MBI public affairs director.

Investigators are searching for Chris Hubbard who they think was with Landon at the time the alert was issued. Hubbard, 25, is 5-feet-9 and wears a goatee with thin facial hair. He has “Lil C” tattooed on his neck.

Anyone with information about the whereabouts of Chris Hubbard should call MBI at 855-642-5378. 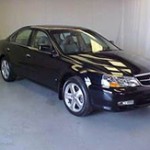 ‘Porches’ sold out for city premiere