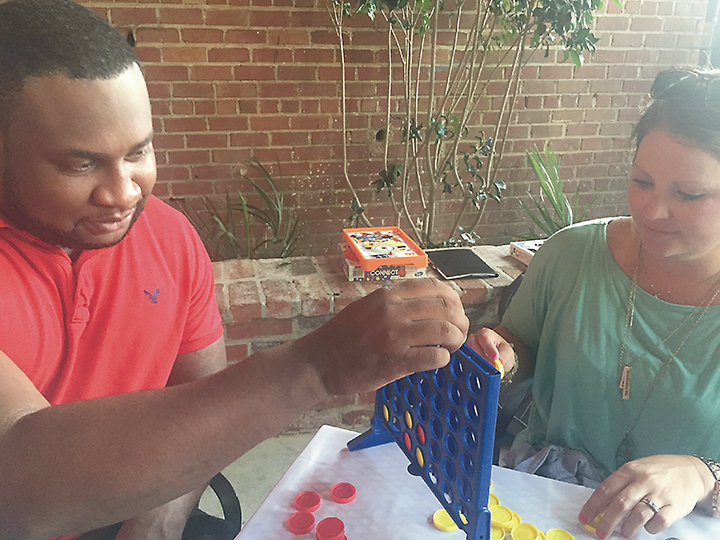 The Brookhaven Lincoln-County Chamber of Commerce plans to expand on a new idea for young professionals in the area next week.

The Chamber will host its second Third Thursday Young Professionals’ Social Aug. 18 at Magnolia Blues BBQ Company. The festivities will run from 5 to 7 p.m.

Chamber program director Katie Nations said starting the young professionals’ social was an idea she hoped to carry out when she was hired.

“It was something that I’ve been wanting to do,” Nations said. “Something I wanted to get going.”

The idea emerged after Nations noticed how many young people in Brookhaven did not have an event where they could go and mingle with others like themselves.

“I kept coming into contact with younger people who had moved here or moved back and they didn’t know of a way to become a part of something in town.”

Nations hopes the event will provide young Brookhavenites with a venue to network, and expose them to all the Chamber has to offer.

“It’s a way for people to network with others they do not see on a regular basis,” Nations said. “It will allow people to make a new friend or even business contact, and maybe allow the Chamber to gain new memberships.”

The event does not have an age cut off, Nations said.

Each month the Chamber will select a member business to host the event, she said. As of right now, Nations does not have a schedule for each event.

“I’m kind of letting the event flow,” Nations said. “I don’t want to be a big, organized event. My goal would be for restaurants to eventually come to me asking to host the event, as it could boost their business on a Thursday night.”

Magnolia Blues will offer some type of appetizer special at the upcoming social, Nations said.

When she envisioned the event, Nations strived to provide a laid back, welcoming environment to all who attended.

“We encourage you to invite the new guy at the office or the new couple in town,” Nations said. “I want people to feel like they are welcome here. Hopefully, the group will gain more people, and the Chamber will gain more members and volunteers.”

Currently the event is open to all young professionals in the Lincoln County area, but by the beginning of the New Year, Nations would like to make the event exclusive to Chamber members.

“I would like for Third Thursdays to evolve into an exclusive Chamber member function for young professionals,” Nations said. “Possibly create a separate paid membership to really do some good in the community through philanthropic endeavors. Young people in Brookhaven are excited about the direction our thriving city is going in. The more professionals we can get involved thru networking functions such as Third Thursday the better.”

Members will still be allowed to invite non-members, Nations said, but it will give the young professionals a chance to provide more opportunities to members.

Supervisors to spend $7,500 for rodent control