The Lincoln County supervisors received an unexpected surprise Monday when they opened the lone bid for surplus materials at Keystone Park, which they voted to close to the public to use as baseball practice fields in early June.

The supervisors hoped to fetch at least $3,000 for the surplus materials still out there, which included fencing, benches, bleachers and concession stand buildings. 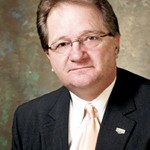 Bids could be made for individual items or as a total bid.

Ten items were listed in the public notice published in The Daily Leader.

A few weeks after supervisors closed the park, Keith Dickerson with Heritage asked the supervisors for a backstop they’d seen.

“Whatever’s there, we’d like to try to get it if y’all are getting rid of it,” he  told them in the June meeting.

Bishop had said selling the items is a win-win for the county. “The county’s not going to be using it for anything and it’s just going to be sitting out there” Bishop said during that meeting.

The county can’t give surplus equipment away, though it can transfer ownership to another government entity. That’s what they did for Curtis Oliver, a vice president on the board of Dr. A.L. Lott Youth Baseball League, who also made a pitch for Keystone equipment that day.

Bishop said the board transferred those items to the city to be used at Lott, which is maintained by the Brookhaven Parks and Recreation Department.

Everything else was put up for bid.

The board voted immediately in favor of Heritage’s bid.

“What have we missed out there?” District 3 Supervisor Nolan Williamson asked.

Bishop said Heritage wanted the items for a ballfield at the church.

Photos submitted/Larry Baker and Faith Turnage portray Atticus Finch and Mayella Ewell in a “To Kill a Mockingbird” scene at... read more