Another round of indictments have been served by the Lincoln County Sheriff’s Office as a result of a recent grand jury session.

A grand jury issues an indictment if it determines evidence presented to them by a prosecuting attorney is enough to establish the commission of a crime. An indictment does not represent a guilty verdict. 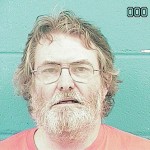 • Joseph Freeman was indicted for three counts of child exploitation.

If convicted, Freeman faces up to 40 years per count behind bars.

The indictment alleges that on or about March 23, Smith attempted to injure Charity Wilson using a truck as a deadly weapon. Smith allegedly rammed the truck into Wilson’s car while Smith had at least one child in the car with Wilson.

Aggravated domestic violence has a penalty of up to 20 years in prison.

• Joshua Hunter Hooge was indicted for unlawful taking of a vehicle.

• James Monroe Thomas was indicted for one count of burglary of an automobile.

The indictment alleges that on or about Feb. 16, Thomas broke into a 2008 Nissan Altima owned by Tammy Lee Britt.

If convicted, Thomas could face up to seven years in prison.

Possession of less than 30 grams of marijuana with intent to distribute has a maximum penalty of a $3,000 fine and three years in prison.

Possession of at least two but less than 10 grams of methamphetamine has a maximum penalty of 20 years in prison and a $250,000 fine.

• Lawrence A. Wilson was indicted for one count of introducing a controlled substance into a correctional facility.

The indictment alleges that Wilson introduced marijuana into the Lincoln County jail on Oct. 20, 2015.

Possession of drugs in jail is subject to a $25,000 fine and up to seven years in prison.

• Willie Smith was indicted for a felonious bad check on July 1. Bad checks over $100 are subject to a fine of up to $1,000 and a year in jail, plus restitution.

• Danny E. Thomas Jr. was indicted for conspiracy and the sale of at least 0.1 but less than two grams of methamphetamine.

Conspiracy to commit a felony has a maximum fine of up to five years in prison and a $5,000 fine.

• Darreyun Pendleton was indicted for introducing a controlled substance into a correctional facility.

• James P. Johns was indicted for the unlawful possession of more than two grams but less than 10 dosage units of amphetamine.