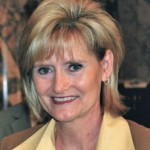 Donald Trump’s list of agricultural advisors brims with Republican heavy-hitters with strong ties to the agriculture industry. The committee will be charged with advising the presidential candidate on issues important to the American farmer, agribusinesses and rural America.

Trump stated, “The members of my agricultural advisory committee represent the best that America can offer to help serve agricultural communities.”

The 64-person committee includes the chairmen of both the U.S. Senate and House agriculture committees, former U.S. Secretaries of Agriculture, current and former governors, including former Texas Gov. Rick Perry, as well as business executives including Forrest Lucas, CEO of Lucas Oil.

Hyde-Smith, who raises beef cattle in Lincoln County, was elected to the Mississippi State Senate in 1999 where she served three terms. During her tenure as senator, she served as chairman of the agriculture committee for two of those terms. In 2011, she made history by becoming the first woman ever elected as Mississippi’s Commissioner of Agriculture and Commerce and was re-elected for a second term in 2015.

“I am so honored to have been chosen to serve in this capacity,” Hyde-Smith said. “This provides a great opportunity for Mississippi’s agriculture industry, our state’s largest industry, to have a voice on issues that impact our farmers, ranchers, and agribusinesses daily, but even more importantly, playing a role in shaping agricultural policy at the national level gives me the confidence that the voice of the American farmer is heard.”

Known as a passionate advocate for agriculture, Hyde-Smith has been recognized by the Mississippi Farm Bureau Federation and numerous other organizations for her outstanding leadership in agriculture, especially for her efforts to protect property rights of private landowners.

She was recently selected to lead the Southern United States Trade Association as its upcoming president beginning in 2017. Earlier this month, she received the distinguished honor of being named to The Governing Institute’s Women in Leadership Class as one of the nation’s top 25 women in politics.

At the invitation of the United States Department of Agriculture, Hyde-Smith will be participating in an upcoming trade mission to China in September where she will meet with foreign agriculture dignitaries and agribusinesses in efforts to increase agricultural trade opportunities.

A Bloomberg report predicts that one of the committee members will likely be Trump’s nominee to serve as the U.S. Secretary of Agriculture leading the United States Department of Agriculture.

Photos by Julia Miller / MSA students shared the light of knowledge recently to recognize the beginning of a new... read more