Funeral services for James “Dwight” Brown, of Ridgeland, are today at 1 p.m. at Hartman Funeral Home of McComb with burial in Woodlawn Cemetery in Summit.  Rev. Larry Romack will officiate.

Visitation is today from 11 a.m. until time of services at the funeral home. 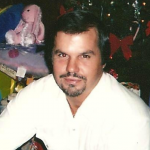 He married Brenda Beavers at a young age and together they had three children. Mr. Brown was of the Baptist faith, enjoyed camping, cooking-out, music, woodworking and the companionship of the many dogs he had throughout his life. He especially enjoyed being with his grandchildren. He was a loving father and grandfather.

Preceding him in death were his parents; one brother, Christopher Cheyenne Cothern; and one sister, Martha Pauline Beard.