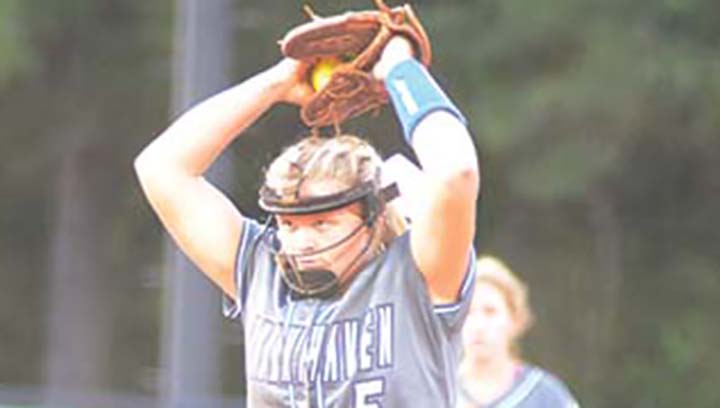 During any athletic team’s season, there are often moments that define that team moving forward. Moments when something clicks within the unit. Moments that, more or less, show what they are made of.

The Brookhaven Academy Lady Cougars’ softball team (6-8 overall) had that moment at home in the grandest of fashion Tuesday, beating a tough Simpson Academy team 5-4 with a walk-off single courtesy of Cameron Watson.

What defines the moment is not exactly how they won, but what they had to do to put themselves in a position to win the game in the first place.

Now, anyone not fully familiar with the Cougars’ team may not appreciate this accomplishment without being provided with the proper context.

The Cougars are easily the youngest team in the area with two seventh-graders and three eighth-graders in their starting lineup. There are only two seniors on the entire team. The starting pitcher? A 13-year-old Madi Smith, who has all the makings of a fine ace pitcher in the future. Is that enough context?

The team is promising, but not exactly one that most would expect to claw its way out of 4-0 hole with less than three innings of play remaining.

But, that is exactly what the Cougars did Tuesday against Simpson Academy. A team that has shown promise all year, but that had not necessarily had the season-altering moment, finally was placed in such a moment and flourished. By doing so, the Cougars have effectively put teams on notice that though they may be young, they are talented and not willing to go down without a fight.

“I will never give up on this group of girls,” head coach Becky Flowers said. “I am so proud that they never gave up on themselves or their teammates. They stayed patient against a very good pitcher.”

Coach Flowers has emphasized throughout the season that, for her young Lady Cougars squad, everything is a process. This, she said, was a big step in the process.

“It is a huge win tonight. We were disciplined at the plate and able to get our bunts down and use our speed to set it up for Cameron to get the big win,” the head coach said.

Down 4-1 with two outs and nobody on in the sixth inning, the Cougars began to mount their comeback. Watson led the effort with a single. Senior Anna Grace Covington hit a ground ball to the shortstop on the next at-bat, but an error on the attempted force out to second moved Watson to third. Covington advanced shortly after on a wild pitch.

The Cougars capitalized with runners in scoring position as Abeni Fuller slapped a single into right field which would score both baserunners to make the game 4-3.

In the seventh inning Emily Claire Felder kept the run alive and hit a first-pitch fastball for a single. Another fielding error by the Cougars of Simpson Academy allowed Smith to reach after grounding into a fielder’s choice.

Julianna Bartram then laid down a sacrifice bunt in order to move runners to second and third base.

With one out in the inning, Madison Moak sent a hard ground ball back to the pitcher. However, the pitcher was unable to handle the ball and Felder scored.

After both Moak and Smith moved up a base, Kailyn Jordan pushed a well-placed bunt down the first base line. Smith was nearly caught in a run-down at third base, but just evaded the tag.

Watson sent the game winner up the middle on the next at-bat and the speedy Moak was able to score the winning run all the way from second base. In summation, it was a complete team effort for the Cougars.

The Cougars’ 13-year-old ace pitched her way out of jams all night en route to a complete game. She tallied six strikeouts and three walks in the win.

Watson, Moak, Jordan and Fuller all singled. The Cougars’ next game is set for Saturday at Bowling Green.

Just so we are clear, there’s no error in the above headline. The Brookhaven Panthers slow-pitch softball team scored nearly... read more