Co-Lin to open with MS Delta 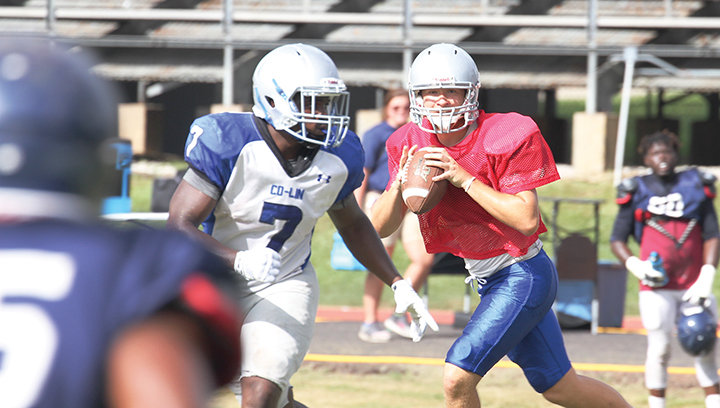 WESSON – The 2016 football season is upon us as the Copiah-Lincoln Community College Wolves host the Trojans of MS Delta at Stone Stadium today at 7 p.m. The opening game is “True Blue Thursday” and all fans attending are asked to wear blue. Fans can watch live in HD at colinathletics.com or listen live at WMUJ 104.3 FM in Brookhaven.

The No. 7 Wolves hope Iowa State transfer Dominic De Lira can lead Co-Lin at the quarterback position. DeLira has large shoes to fill as Garrett Kruczek, now a UCF Knight, posted over 4,000 yards of total offense in 2015. Fortunately, De Lira will have help from the wide receiver position with Oregon State transfer Datrin Guyton. The Co-Lin coaching staff hopes Guyton can replace Dayall Harris, who provided a solid target for Kruczek in 2015 before taking his talents to the University of Miami.

Returning on the offensive side of the ball is sophomore running back Ladarius Galloway. Galloway looks to use his experience gained last season to improve on his 500-yard freshman season.

Defensively, Co-Lin has what may be the best defensive front in the nation. Led by Joe Anderson and Colton Magee,  the defense looks to wreak havoc in the backfield.

Joining the fierce defensive front in 2016 is Montez Sweat, a Michigan State transfer and Tyree Owens, a West Virginia transfer.

With a solid collection of talent on the offensive side of the ball and a lock down defense, the Wolves hope to duplicate last year’s game that ended with the Wolves on top 58-14. The win extended Co-Lin’s all time record against MS Delta to 27-20-3.