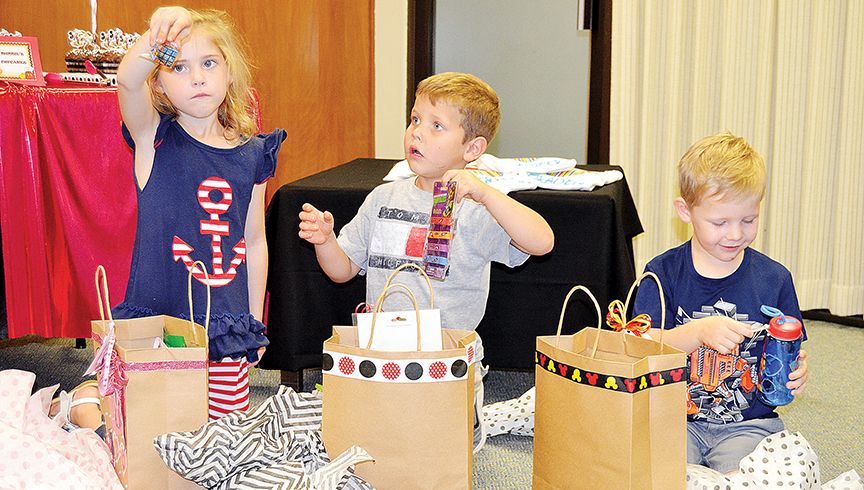 Photo by Donna Campbell/Braylin Case, Braden Case and Sawyer Reeves will be rubbing elbows with Mickey and Minnie Mouse this weekend. Braden’s family is going to Disney World, Universal Studios and Sea World as part of his wish granted through Make-A-Wish Mississippi.

If a dream is a wish your heart makes, a little Bogue Chitto boy’s heart is very happy.

Five-year-old Braden Case wished to go to Disney World, and with the help of a wish-granting organization, a Brookhaven bank and a lot of volunteers, that’s exactly what will happen this weekend.

Braden, sister Braylin Case, 7, and younger brother Sawyer Reeves, 4, leave today with their parents, Paula and T.J. Reeves for a six-day adventure in Orlando, Florida. Grandmother Dena Bedson and Braden’s godmother Raegan Freeman are also going along to help out.

The vacation was organized by Make-A-Wish Mississippi and sponsored by Trustmark Bank.

Their mom is just as thrilled.

“I never got to go as a kid,” she said. “I just want to go and have a good time and not think about hospitals and doctor bills for a little while.”

Trustmark President Stan Foster said employees planned to hold a fundraiser to benefit Make-A-Wish anyway, but one of them came to Foster with an idea to help a local boy with Cystic Fibrosis.

They decided they’d sell ribeye sandwiches to raise the money to grant Braden’s wish for him and his family to go to the Magic Kingdom.

Foster said the fundraiser was a group effort — the employees sold tickets for ribeye sandwich plates, Farm Bureau volunteers cooked the steaks and the community purchased $6,000 worth of meals.

He said helping the family has been a blessing for the employees and the community.

“We’re the recipients of the blessings, not them,” he said.

Bank employee Gigi Owens and several others at Trustmark go to Topisaw Baptist Church with the Reeves/Case family.

“I am so excited,” she said. “They definitely deserve it.”

Both Braden and older sister Braylin, students at Enterprise Elementary, were diagnosed with CF at early ages.

Braylin was diagnosed at 2 months old and Braden was just 1 month old. There was a 25 percent chance they could both have the disease, which causes persistent lung infections and limits the ability to breathe over time.

Braden endures two breathing treatments twice a day with a nebulizer of Albuterol to increase air flow to his lungs. Braylin has two treatments three times a day.

They wear vests that shake their lungs to loosen mucus two minutes twice a day.

Braylin also has a wish in the works. She wants to swim with dolphins at Atlantis Paradise Island in the Bahamas.

She’s been approved through Make-A-Wish Mississippi but her doctor wants her to wait until next year when she’s stronger. Braylin spent 28 days in the hospital between March and July.

Braden was the guest of honor at a send-off party at the bank Wednesday. His brother and sister received the star treatment as well.

Brenda Richardson, community relations director at Trustmark, prepared a spread fit for a trio of pint-sized Mouseketeers and their family for party, which was held in one of the bank’s boardrooms. The siblings dined on Mickey-shaped peanut butter and jelly sandwiches, hot diggity dogs and Plutato chips along with fruit, rice cereal bars and chocolate cupcakes.

Vera Johnson, the Make-A-Wish Mississippi volunteer manager, was on hand to give the kids big personalized sacks filled with “boredom busters” for the long car ride to Orlando. The three excitedly dug into the bags, pulling out coloring books, toys and games.

They each received a personalized Disney shirt and Make-A-Wish T-shirts as well.

Johnson said the family will spend three days in Disney, two days at Universal and one day at Sea World.

Make-A-Wish partners with Give Kids The World which has a resort with its own amusement park in Orlando. That’s where the family will be staying.

Johnson said volunteers are needed to help at fundraising events like the Walk For Wishes, which will be held in Brookhaven Sept. 24. They also need wish granters, who she calls the “face, hands and hearts of the organization.” The wish granters work with families to complete their paperwork and with the kids “to find their one true wish.” 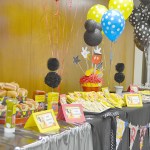 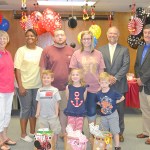 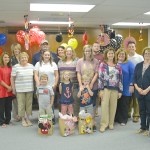 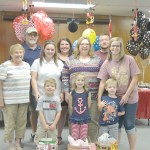 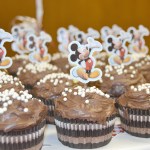 The youth of Lincoln County will soon have more options to participate in local 4-H activities thanks to new county... read more