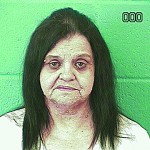 The former treasurer of the Bogue Chitto Volunteer Fire Department will be in Lincoln County Circuit Court Thursday to answer charges that she took money from the VFD’s bank account for personal use, court records show.

Helen Jean Mercier, 68, was arrested Wednesday on charges of embezzlement. She was released from Lincoln County jail on a $10,000 bond.

The indictment said Mercier “did willfully, unlawfully and feloniously covert to her own use money that belonged to the Bogue Chitto Community Volunteer Fire Department.”

Two local educators to offer their 2 cents to state superintendent

Photos submitted/Stacey Smith goes over a math lesson with one of his classes at Loyd Star Attendance Center. Stacey Smith... read more