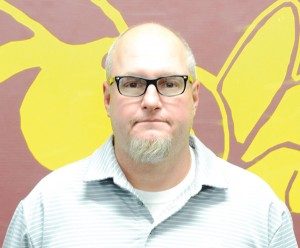 When administrations commence their search for a new head coach for one of their athletic programs, there are certain traits and qualities they look for in a candidate.

A decent coaching pedigree and knowledge of the game are at the top of the short list of those traits. Knowledge of the students and the area is on that list as well.

Shane Adams, a longtime assistant head coach at Enterprise, possesses all of the above qualities and it is why he was recommended forand accepted the position as head basketball coach of the Enterprise YellowJackets.

Adams will replace former head coach John Knight. It was announced during a school board meeting earlier this week that Knight would be leaving Enterprise to become the headmaster at Amite School Center in Liberty.

“Shane has had coaching experience, and he has always been a basketball person,” Enterprise Principal Terry Brister said.

Brister recommended Adams for the position. In order to accept the new post, Adams resigned from his duties as assistant football coach at the school.

“He knows our kids and he knows the community. He has given us his time while he was here and he deserved a chance,” Brister said.

Before arriving at Enterprise, he taught at Brookhaven High School and Lipsey Middle School, where he was a physical education teacher and assistant coach.

He teaches driver’s education and health at Enterprise, but has also taught Mississippi studies and geography classes.

Adams began his coaching career with an assistant coaching job at Forrest County Agricultural High School during his senior year at the University of Southern Mississippi. After that, he held a stint as a ninth grade and varsity boys’ and girls’ assistant for three years.

The new head coach said was working at Lipsey when  he initially heard of an opening for an assistant baseball and football coach at Enterprise.

“I have really enjoyed working out here,” he said. “I love it here and it is a great place to work.”

“It is a change because i have done football for the past three years,” Adams said.

Adams refers to himself as an old-school type coach and a student of the game who entrenches himself in the simplicities of the game. He has attended several Nike coaching clinics over the years where great coaching minds like Tom Izzo, Bob Knight, John Chaney and others spoke.

“Basketball is where my heart is. I studied the game from a young age,” Adams said. “I like the Xs and Os, the fundamental side of it. I like seeing kids improving and making steps in layups, shots and the other little things.”

The transition has been smooth so far, said Adams.

“The kids already knew me and I knew them. I had either taught them in class or coached them in baseball or football,” Adams said.

Because of his old-school coaching style, Adams said he is not a huge fan of showboating on the floor.

“I’m not a fan of anything that is going to show up anyone else. That is not what it is about,” he said. “I’m the type of person who prefers to stay in the background and not attract attention and hopefully that will get through to my players.

While he made it clear that wins are important, Adams said that he wants to strive to help his players become better people.

“I want them to be better individuals and men as they grow older,” he said. “That is ultimately what this is about. I want these kids to be productive  citizens and make an impact somewhere else.”

Adams will also be assuming the post of boys’ and girls’ junior high basketball head coach. Junior high play kicks off Oct. 25 for the Jackets, while varsity play begins on Oct. 29 with a jamboree in Wesson.