Bright Futures: Marine wants to be something greater 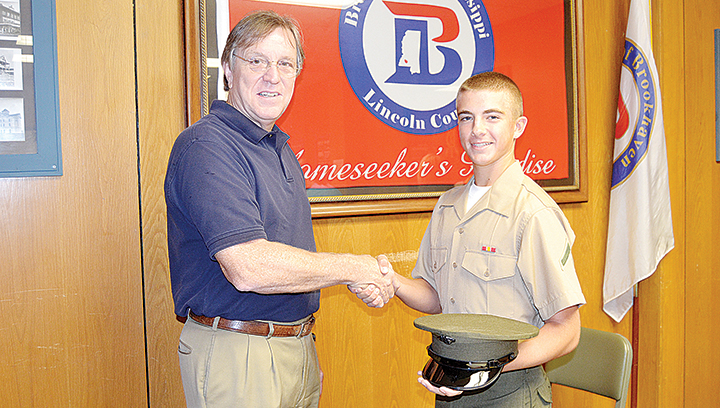 Dallas Reid always knew he wanted to be a Marine.

The seventh child of Richard and Lisa Reid, of Bogue Chitto, said from the time he was very young he was encouraged to be and do more.

Though some of his uncles are Vietnam veterans who served in the U.S. Army, there was never a question for Reid as to what military branch to choose. His grandfather was in the Marine Corps and a veteran of World War II. One of his older brothers currently serves as a first sergeant in the Corps.

“They inspired me to do something and be something greater than myself,” he said.

His parents were well aware of his desire to enlist, so one day when Reid was a high school senior, his father came to him and said it was time to go see a recruiter.

They went to the recruiting office and Reid signed up that day even though he was only 17.

Lincoln County School Superintendent Mickey Myers was principal of Bogue Chitto when Reid was a student and remembers him as comical, but respectful.

“He is the product of a good family with a heritage of military service,” he said. “He will be a credit to his community and to the United States. I have deep admiration for him peronally and for his honorable commitment to the Marine Corps.”

In July, 12 days after his 18th birthday, Reid left for training at Marine Corps Recruit Depot at Parris Island, South Carolina. He completed basic training Oct. 14 and was able to come home on leave for a few days. He left again on Halloween, headed for Camp Geiger in Jacksonville, North Carolina.

Reid visited with Brookhaven Mayor Joe Cox while he was home on leave.

“It was my honor to meet such an outstanding young man,” Cox said. “My thoughts and prayers will be with him as he serves our country.”

Reid’s goal is to make a career in the military, qualifying for early retirement after a dozen years of service. He plans to take the skills he has developed in his job in electronics maintenance and data communications to get a job as a civilian after he retires.

Until then, he belongs to the Marine Corps and he doesn’t mind at all, he said.

He doesn’t know where he’ll be stationed after he completes his training but he doesn’t have a preference.

Veteran car dealer on the road to top award

A Brookhaven businessman has a shot at becoming Time’s Dealer of the Year for 2017. Mike Whatley The recognition means... read more