Mississippi general: ‘Veterans are our ambassadors’ 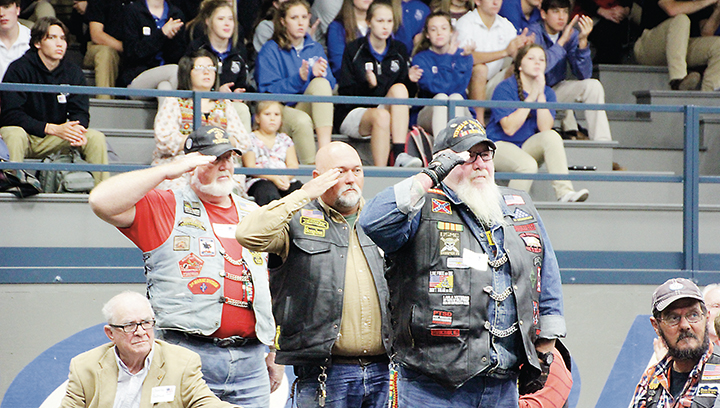 Brookhaven Academy had the privilege of hosting a top Mississippi military official Thursday for the school’s Veterans Day celebration.

Mississippi Adjutant Gen. Janson D. Boyles spoke to the students and teachers as well as local veterans who attended the event.

Boyles, who commands both the Mississippi Army and Air National Guard, took a moment in his speech to explain how Veterans Day originated.

“Prior to World War I, this country was all about us,” he said. “It was all about what we did for ourselves. We were expanding in Indian territory in the west. We were worried about other counties coming to the United States and taking our land away from us.”

Those principles were thrown out the window, changing the United States forever in 1917, Boyles said. 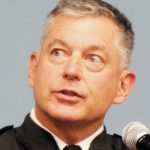 “The world was fighting a bloody war in Europe,” he said. “They fought to a stand still, and the world was affected by that. We stayed away from that intentionally because we were isolationists. We were worried about ourselves. In 1917, we made the decision to enter the world stage and to go fight a world war in Europe. Our entry into that war basically ended it. It took another two years before it ended, but our entry brought the Germans and their partners to the negotiating table to end the war, to end all wars.”

Veterans Day was created to initially celebrate that day at the end of World War I, Boyles said.

“Now in the 1950s, after we ended World War II, we realized that we did not only need to recognize the World War I veterans, but the World War II veterans also. That’s when we changed our celebration to be about all veterans who have served to protect this country.”

The United States celebrates Veterans Day, but many countries around the world call it Armistice Day, for the anniversary of the armistice on Nov. 11, 1918. The evented is celebrated on the 11th hour, of the 11th day of the 11th month.

At the conclusion of his speech, Boyles took the opportunity to recognize all of the veterans sitting in the gym.

He first asked any veteran who served in the United States’ current wars to stand.

“We currently have 4 million men and women who served in Afghanistan and Iraq,” Boyles said.

He then recognized the Desert Storm veterans.

“In 1993, we sent 2 million people to Iraq to overthrow the Iraqi government that was threatening that part of the world,” he said. “We basically took care of business in about a month, and put them on their knees.”

The next group to stand served in the Vietnam War.

“There are currently about 7 million Vietnam War veterans left,” Boyles said. “When I joined the National Guard in 1982, there were some Vietnam War veterans who transitioned from active duty to the National Guard, and I served with a number of them. I am who I am today because of what they taught me about being in the military when I served during the ‘80s and ‘90s as a captain and lieutenant.”

Korean War veterans were the next to stand.

“We currently have about 2 million Korean War veterans remaining,” Boyles said. “They answered a call when we had communism that was threatening that part of the world in a very contiguous time. The communist seed was planted after World War II as the Russians became aggressive in taking territory, and Korea was an example of that.”

The veterans Boyles then asked to stand served in World War II.

“There are only about 1.5 million World War II veterans still remaining. My father, who is 88, happens to be one of them. What these men and women did back in the ‘40s is absolutely incredible.”

Today, the United States has approximately 3 million men and women serving in the military out of a population of about 300 million, Boyles said.

“That’s less that one percent of our population serving in the military,” he said. “That’s a big contribution, but not like what they did in World War II. Our population was about 135 million then. We sent 16 million overseas to fight. That means more than 10 percent of the country went to war.”

Boyles thanked all of the men and women who stood for their service.

“It’s an honor to be recognizing these folks that y’all see before you,” he said. “I can’t say enough, being a veteran myself, how much of a sacrifice that they have made to the security and freedom that we enjoy.”

In addition to Boyles’ speech, seniors Anna Michael Smith, Abby Oliver and Colton Watson and seventh-grader Caston Thompson read essays they wrote about the meaning of Veterans Day and the United States.

First- through fifth-grade students, directed by Laura McDaniel, sang each song representing the five military branches of the United States.

Freshman Ryan Rushing sang the national anthem and a cover of Tim McGraw’s “If You’re Reading This” in honor of Lincoln County’s veterans.

The Miss-Lou Veterans Coalition presented and retired the colors. All veterans and guests of the event were invited to a reception after the program.