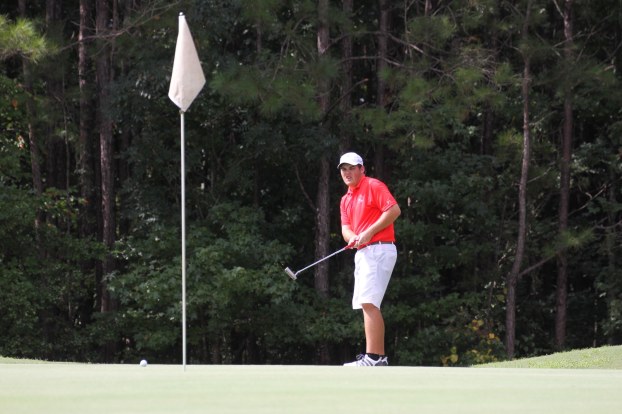 Copiah-Lincoln sophomore Joseph Dendy was nominated for the Arnold Palmer Cup, which will be held at the Atlanta Athletic Club in June. (Photo submitted)

Copiah-Lincoln’s Joseph Dendy, a sophomore from Brandon, recently was nominated for the Arnold Palmer Cup, which will be held at the Atlanta Athletic Club in Johns Creek, Ga. June 9-11.

“It’s such an outstanding honor to be nominated for this, and certainly not one that I ever expected to receive,” said Dendy with a smile. “I’m extremely thankful for Coach Ross’s guidance and my family’s support, because without them I would not have been able to earn this nomination.”

Dendy has helped the Wolves reach a top-5 national ranking in 2017 as Co-Lin heads into the spring half of the season.

“I’ve had three All-Americans come through Co-Lin and none of them were considered for this, so it’s a great honor and it couldn’t happen to a nicer kid,” said Co-Lin golf coach Ronny Ross. “It speaks volumes of our program at Co-Lin. Joseph is a straight-A student, a really hard worker, has a tremendous passion for the game, and has the ability to play some really great golf…hopefully recognition like this can inspire some kids from the area to come here and work hard for two years and have the same honor.”

Nominations are opened to colligate golfers at all levels and the United States’ team will be selected at the end of the 2017 season.

Wolves fall to PRCC to close out 2017 season