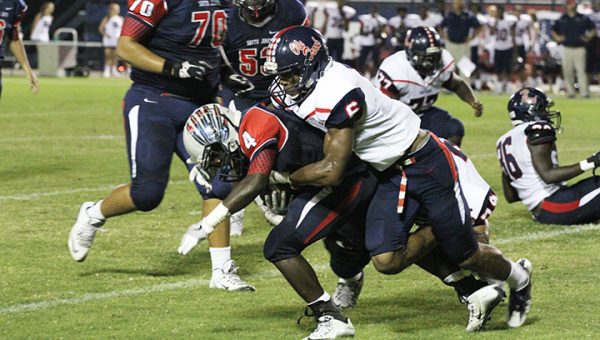 The Mississippi State Bulldogs have recruited hard for Jones ever since his recruiting process opened up. Their in-state approach is leading towards a strong 2018 class. Adding Jones is a big step for head coach Dan Mullen and his Bulldogs to solidify the 2018 class.

With the addition of Jones, the Bulldogs’ 2018 class ranks 18th nationally, according to 247 sports.

The three-star commit from Brookhaven High School had a monster year for the Panthers as a junior and looks to build his successful campaign to an even better one his senior year. Jones finished the 2016 season with 64 total tackles, 49 of them solo tackles, with 11 passes deflected and five interceptions.

Jones could be an early enrollee at Mississippi State in January and join his former Ole Brook teammate Leo Lewis in Starkville.

“Leo has been hyping me up about Mississippi State ever since I got the offer,” Jones told Scout.com Tuesday. “If I go in there and play next year, it would give me one more year to play with him. He may end up going to the NFL draft after three years, so I am excited about getting the chance to play with him again. He is real excited about me coming up there.”

Jones transferred to Biloxi High School for a short period of time, but will be returning to Brookhaven to play for the Panthers in his senior year.

CLINTON — After falling in the AAA state championship game Saturday night, the Brookhaven Academy Cougars had to turn it... read more