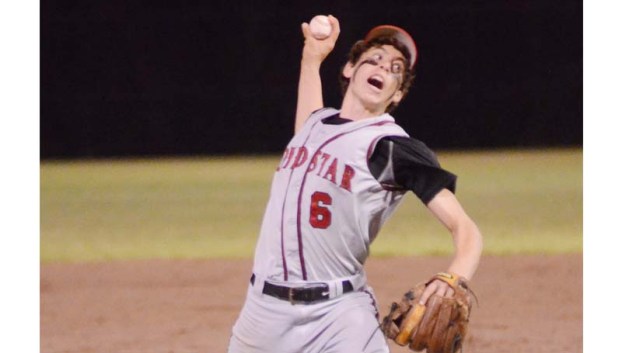 The baseball season is just two weeks old, but the seven teams in Lincoln County have already impressed in the young season.

Four of the seven teams have a .500 record or better with some of the schools in the county having played each other already this season.

West Lincoln and Loyd Star lead the pack with 5-0 records and show no signs of slowing down the rest of the season.

The Loyd Star Hornets have arguably posted the best start of all the teams in the area. The Hornets own a perfect 5-0 record to start the 2017 season including wins over Cathedral, Wesson and Bogue Chitto.

What’s been most impressive about Loyd Star is their dominant pitching staff headlined by junior Cade Hodges, and seniors Parker Flowers and Konner Allen. The trio of pitchers have combined to throw 17 innings, giving up a total of one earned run, three walks and 22 strikeouts.

If the offense can play better and the pitching staff continues to be dominant, the Hornets could be the team to beat in the area.

The West Lincoln Bears have rivaled Loyd Star as the best baseball team in the area to start 2017. West Lincoln owns a 5-0 record and is coming off two wins against district rivals Brookhaven and Bogue Chitto.

West Lincoln may have the best offense in the area as they’ve outscored opponents 46-12 so far this season.

The trio of Seth Bivens, Daniel Spears and Gabe Nations have carried the Bears and have struck fear in opposing pitchers when they come to the plate.

If the bats continue to swing like this and keep on scoring runs, teams will have a hard time catching up to West Lincoln.

The pitching staff also owns a collective .183 ERA, which isn’t bad either.

The Bobcats stumbled out of the gate with a 9-1 loss to Enterprise to open the season, but Bogue Chitto rebounded nicely with two wins over Hazlehurst and a win over Amite County. In those three wins, the Bobcats scored a total of 50 runs and only gave up two runs during the streak.

The Bobcats ran into  trouble over the weekend, falling against West Lincoln and Loyd Star to drop to 3-3 overall. Bogue Chitto got out-scored 17-4 in those two games.

The Brookhaven Academy Cougars have been up and down to start off the 2017 season with a 3-3 record. In their three wins, the Cougars have scored eight or more in those games. In their losses, they’ve scored less than eight runs.

That could be a telling stat for the rest of the season as the offense has shown how good at the plate the Cougars can be, but when the bats aren’t hot, the Cougars have fallen.

The pitching has been a struggle so far this season with a 4.08 ERA and in their three losses have given up a total of 30 runs in those games.

Fisher Warren has been the star of the pitching staff this season. In his last start versus. the Amite School Center, Warren pitched five scoreless innings, giving up two hits while striking out six in the game.

The offense can put up some big numbers, but the Cougar pitching staff will need help besides Warren in order to win some ball games.

The Brookhaven Panthers have struggled to start the 2017 season with a 0-5 record, including losses to West Lincoln and Wesson.

The offense has only put up 12 runs in the season and has given up 27 runs total through four games.

The offense just hasn’t ben clicking so far in 2017, posting a .208 team batting average and a .345 on base percentage. The bats haven’t been swinging well and the Panthers haven’t been getting on base as a result.

Senior pitcher and infielder Tate Walley has been the star of the team in the young season. Despite a 0-2 record as a starter, the senior owns a .156 ERA with stellar performances in both starts. Against Lawrence County, Walley went four innings and gave up one run on three hits, five walks and five strikeouts. Against Wesson, Walley went five innings giving up one earned run on three hits, four walks with seven strikeouts.

Brookhaven will need better performances on the mound and at the plate in order to turn their season around.

The Enterprise Yellow Jackets made a statement early this season with two dominating wins over McComb and Bogue Chitto. They stumbled the next two games, falling to Franklin County and Cathedral. Enterprise ended their losing streak Thursday, escaping past Wesson 3-1.

It’s been a streaky start for Enterprise, but they have shown flashes of what they can become as a team.

The bats have gotten off to a slow start with a team average of .200, but junior Tanner Waldrop has been the bright spot in the lineup. Waldrop leads the team with a .462 average, six hits and four RBI so far this season.

Sophomore Landon Gartman is the clear ace of the Jacket staff and picked up his first win of the season against Wesson by throwing seven innings, giving up one run on two hits with 10 strikeouts on the day.

After starting the season 1-3, the Wesson Cobras rebounded nicely with a win over Brookhaven, but followed up by getting shut out by Lawrence County by a score of 4-0.

In an up and down game against Brookhaven, the Cobras combined to scored five runs in the bottom of the fifth and sixth innings to come back and defeat Brookhaven 6-5. The comeback win showed a resiliency in Wesson that is needed in any team.

The offense has struggled so far, posting a team batting average of .197 and will need to pick the bats up if they want to stay afloat.

Ole Brook 5A title run comes to an end

JACKSON — The Brookhaven Panthers hadn’t tasted defeat since the end of January in a home loss to district opponent... read more