Henry Cheramie, 47, of 2251 Callender Road, was served an indictment March 3 for first- and second-degree arson.

Court records allege that on July 25, 2015, Cheramie maliciously set fire to a house at 2251 Callender Road. The second indictment alleges that Cheramie set fire to a black 1999 GMC truck registered to himself and Tammy Cheramie.

Records also show that Cheramie was arrested by Lincoln County Sheriff’s deputies for disturbing the peace.

Moak is accused of setting fire to a building that was not a dwelling.

Other indictments served include possession of a stolen firearm and false pretense.

The following indictments have been served:

• John T. Johns was indicted for possession of a stolen firearm.

• Derenisha S. Mobley was indicted for introducing a controlled substance into a correctional facility.

• Alana Collette Russell was indicted for accessory after the fact to burglary.

• Fred Anthony Mahaffey was indicted for possession of a firearm by a convicted felon.

• Lakendrick Harris was indicted for failure to support minor children. 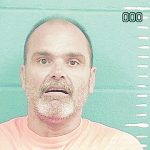 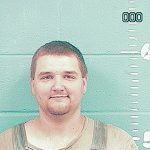 Brookhaven resident ‘makes up’ her purpose (with video)