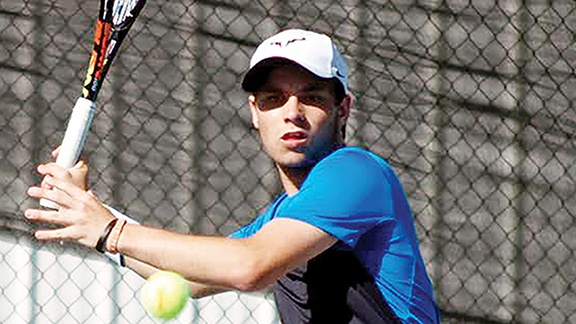 The Wesson tennis team improved to 8-0 on the season Monday at Copiah-Lincoln Community College, squeaking by local rival Brookhaven 4-3. Wesson picked up solid wins in both boys’ doubles matches and mixed doubles.

The Wesson duo of Ray Drane and Reid Crow applied constant pressure in their match, winning 6-1, 6-2 over the Brookhaven formidable pair of Will Moak and Dalton Fortado.

The Brookhaven girls’ stepped up with three victories against the Cobras to keep everything close.

The first girls’ doubles match was the day’s most closely contested battle. Kimberly San and Amber Brinson of Wesson won the first set 6-1, but the duo of Alice Ann Walker and Lea Allen of Brookhaven fought back to win the second set 7-5. In the match tiebreaker, the Panthers proved to be too tough for the Cobras and won 10-7.

The key match of the day was on court 1 between the boys’ singles players. After losing the first set 2-6 to Wesson ace Erich Fischer, Daniel Panzica of Brookhaven rushed out to a 5-2 lead in the second set. Fischer took the changeover to settle down before winning the next five consecutive games to seal the match victory for the Cobras.

Wesson returns to action tomorrow when they hit the road and travel to Magee.