Pastor to be celebrated at Mt. Wade

The Rev. Randolph Hamilton tells his congregation to be friendly. It’s what God wants.

“To gain a friend, show yourself friendly,” he said. He’s been saying that for the 15 years he’s been pastor at Mt. Wade Baptist Church.

His congregation plans to honor him for his anniversary Sunday at 11 a.m.

Guest speaker for the celebration will be Rev. Michael Graves of Pearl River Valley Baptist Church in Monticello.

Hamilton, 50, challenges his congregation to study the word of God and to use it in their everyday lives.

“If you want people to treat you a certain way, you’ve got to treat them the way you want to be treated. It all starts with you,” he said. “He loves us in spite of us. God never stops loving us and that’s what he expects us to do for others.”

Hamilton is originally from Sylvarena and is the youngest of 16 children. He and his wife Sandra Moody Hamilton have been married 27 years and they have two children, Alex’Zandra Hamilton, 25, and Phillip Randolph Hamilton Jr., 23.

He came to Mt. Wade in 2001 as an assistant and became the church’s pastor the next year. He’d like to retire there, he said.

“It’s my plan if the Lord allows me,” he said. “It’s a good group of people. We have strong leaders and it’s a multi-generational church.”

He said the church has grown both spiritually and physically in the 15 years he’s been there.

“But the Lord has blessed us. There’s been more triumphs than trials.” 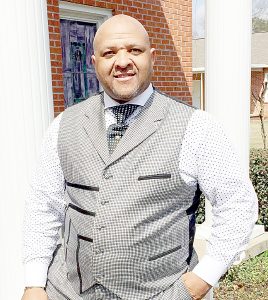 Mieshia Smith will be busy this weekend. Smith, the director of the Lincoln-Copiah Tobacco Free Coalition, is organizing World Health... read more