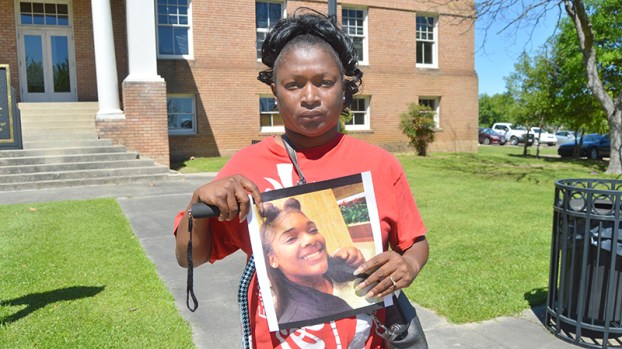 A Brookhaven mother is ecstatic that her 15-year-old daughter is coming home.

Starletrial Fairman, who goes by the nickname Star, left her mother a note in her bedroom last week. Tawana Fairman did not know the teenager was gone until she woke up in the middle of the night and read the letter.

The girl was found Saturday afternoon at the Edgewood Mall in McComb. Late Saturday, Fairman was on her way to McComb Police Department to pick up her daughter to bring her home.

“[The letter said] she wasn’t running away, but she thinks it’s best for me and her to have space,” Fairman said. “These last three months have been hectic but I didn’t think things were that bad.”

She believes her daughter made the decision to leave on her own, but thinks she was influenced to do so.

“She was last seen getting into a small white car with tinted windows,” Fairman said, Friday. “She is a minor, and she’s not old enough to make decisions like this yet.”

Star has made several posts on social media since Wednesday night, telling friends she’s ok, but her mother believed that someone else was either telling her what to say or posting things for her.

Fairman has tried to call her daughter as well. She finally answered Friday morning.

“I told her to come home and go to school and she said ‘ok’… I tried to call her back many times, send her texts and got nothing,” Fairman said.

The mother had been posting about her daughter on Facebook as well, but she received an alarming text after the news started to spread of Star’s disappearance.

“I got a text that said, ‘Take that mess down.’ It doesn’t sound like her,” Fairman said, Friday. “I was told she left with a tall dark skinned man who looked to be in his late 20s, early 30s. With sex trafficking going on and everything, I’m really concerned.”

Fairman still doesn’t know where her daughter has been for the past few days. It is not known if any criminal charges will be filed.

Dumpster Days are back in the county

Dumpster Days are back, offering Lincoln County residents the opportunity to dispose of items not normally allowed in standard trash... read more