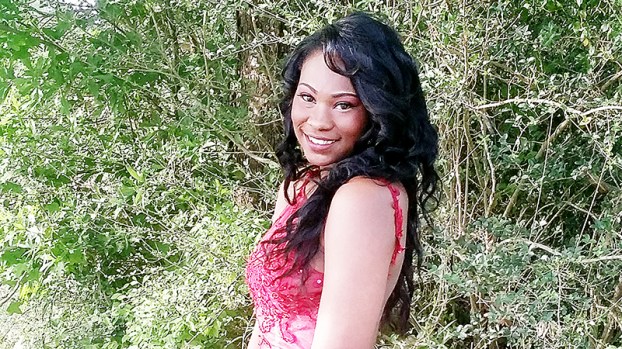 Brittney Hill left her mother’s house headed to her junior prom Friday night. She shined brighter than the future she was planning for.

Hill, 18, a junior at Brookhaven High School, was killed in a two-vehicle collision on Zetus Road as she drove back to Brookhaven to meet her boyfriend, Zarian Harper, a senior at BHS.

The other driver, 45-year-old Robert Brown of Brookhaven, is in good condition at University of Mississippi Medical Center in Jackson, a hospital spokesman said.

Hill had gone to her mother’s house to get her hair and makeup done before her big date. Shanika Hill snapped a picture of her daughter as she posed in her burgundy prom dress outside. She’s all smiles and stunning.

“She took that picture right before she got in the car,” she said. “She was happy and exited and glowing. That’s the last picture I have of her.”

Brown was traveling east on Zetus Road in a 2003 Dodge truck. Hill was headed west in a 2007 Nissan Sentra.

Neither had passengers with them.

Hill was taken to King’s Daughters Medical Center where she was pronounced dead, Lincoln County Deputy Coroner Ricky Alford said. Brown was transported to UMMC by LifeFlight air ambulance. The crash remains under investigation by the Lincoln County Sheriff’s office.

Shanika Hill said the authorities called her to come to the hospital. When Hill didn’t arrive to meet him, her boyfriend called her cell. Her mother answered and told him what happened.

She is grateful for the support of family, friends and the coaches and staff of Brookhaven High School where Brittney played fast-pitch and slow-pitch softball this year. She ran track last year.

“We had overwhelming support at the hospital last night,” she said Saturday. “I didn’t realize that she was that loved.”

Hill, the daughter of Shanika Hill of the Zetus community and Brian Thomas of Wesson, lived with her grandmother, Mae Butler, in Brookhaven so she could go to Ole Brook. She ran track last year, but loved softball, her mother said. She played fast-pitch and slow-pitch. She planned to attend a softball camp at either Delta State or Mississippi State this summer to improve her game. She hoped to get good enough to earn a scholarship to college.

She wanted to be a narcotics agent.

Her mother said she made that decision last year after a field trip to the Lincoln County jail. She’d known people who’d been involved with drugs and she felt a calling. “After that she said that’s all she wanted to do, was be a narcotics agent,” Shanika Hill said. “She wanted to get drugs off the streets. She had the personality for it.”

Hill said her daughter had a strong will. She was stubborn, but in a good way. “She was straight to the point,” she said. “She didn’t beat around the bush.”

Her family called her BB, a nickname she earned from her baby sister who couldn’t say Brittney.

Hill attended Siloam Missionary Baptist Church where she was active in the youth choir and the praise team.

“The Brookhaven School District is truly saddened by the tragic accident that took the young life of Brittney Hill,” said Deputy Superintendent Rod Henderson. “We are sending our thoughts and prayers out to the immediate family and everyone who has been affected by her sudden loss.”

Brookhaven High School Principal David Martin said counselors will be available at the school Tuesday to talk to students. Monday is a school holiday.

“Brittney Hill was a beautiful young lady with a tremendous future,” he said. “This terrible tragedy will be on our hearts and minds for a long time.”

Brookhaven High School Athletic Director Tommy Clopton said Hill will be missed. “Brittney was a wonderful young lady that brought joy to anyone she was around. She will be deeply missed,” he said. “Our thoughts and prayers are constantly with the Hill family during this time.”

“Brittney brought so much love and energy to our team,” said head softball coach Mandy Vinson. “She always put a smile on our faces. She was a kid that would do anything in the world for her coaches and teammates. She always had an positive attitude and such a caring heart. We will miss her so much.”

Visitation is tentatively set for Friday with services Saturday, her mother said. Williams Mortuary in Brookhaven is in charge of arrangements.

Coach Bobby Bowden: ‘I try to tell them about Jesus’

Coach Bobby Bowden is the fourth winningest coach of all time in college football. But even after 57 years of... read more