Funeral services for Billy “Sherrill” Wallace, of Brookhaven, will be Thursday, April 20, 2017, at 2 p.m. at Bethel United Methodist Church in Brookhaven with burial at the church cemetery. Riverwood Family Funeral Service in Brookhaven is in charge of arrangements.

Mr. Wallace, 67, died Monday, April 17, 2017, at his residence. He was born May 31, 1949, to Brown and Mary Wallace in Natchez. He was a 1967 graduate of West Lincoln High School. He attended Whitworth College, Copiah-Lincoln Community College and Marquett University. During his 40-year career in finance and investing he was awarded numerous awards of achievement. His passion for music led him to a lifelong association with local musicians playing guitars and singing and entertaining. He was married to Jerri Dear Wallace for 31 years. Their love of nature can best be observed in the development of their home lovingly referred to as the “Wallerosa.”

He was preceded in death by his parents; brothers, Johnny and Carroll Wallace; and sisters, Joyce Wallace and Aleane Wallace Wilkinson, all of Brookhaven.

Memorials may be made to Bethel United Methodist Church Steeple Fund in Brookhaven.

A very special thank you is extended to STA Home Health Nurse Rebecca Foster and special sisters “Mudcat and “Bulldog.” 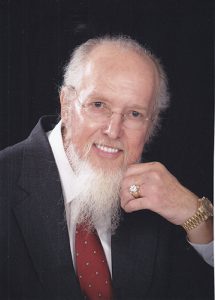