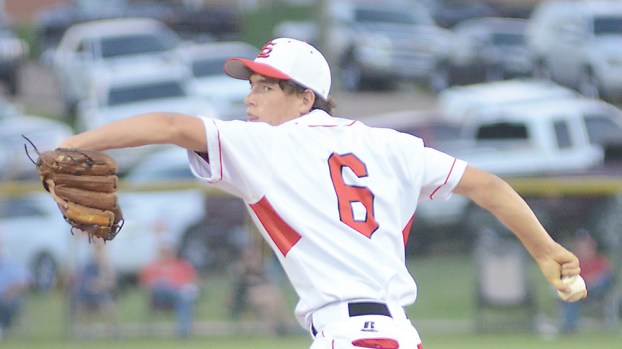 Loyd Star bounced back from a Friday night playoff loss to Lake to win Game 2 Saturday 18-5. The third game of the 2A playoff series will be Monday at Loyd Star.

“I am proud of my boys bouncing back after having our backs against the wall. We hit the ball really well getting some runs on the board for Parker (Flowers) to relax on the mound,” said Loyd Star head coach Jared Britt. “Parker pitched well having a no-hitter going into the fifth inning. We need to refocus and prepare to protect our home field come Monday.”

Junior Cade Hodges pitched a good game for the Hornets, going all seven innings and giving up two earned runs on three hits, two walks and five strikeouts. But the bats couldn’t back him up.

“Hats off to Lingle. He pitched a great game. We just couldn’t string together a couple of hits to give Cade Hodges run support,” Britt said. “I thought Cade pitched a solid game and we played great defense, but we just couldn’t get the bats hot.”

Hodges and Lingle matched each other for the majority of the game pitch by pitch. With the game scoreless, Lake got on the board in the top of the second with two solo home runs from Lingle and Jay Johnston to give them the 2-0 lead.

That slight lead for Lake was all they needed, as Lingle dominated the rest of the game and gave Lake the crucial game one victory.

Junior Tucker Watts and sophomore Dane Smith each had a double for the Loyd Star Hornets. Senior Konner Allen had a single to round out the hitting total for the Hornets.

The Brookhaven Panthers traveled to Long Beach Saturday with dreams of keeping their playoff run going. The Panthers took the... read more